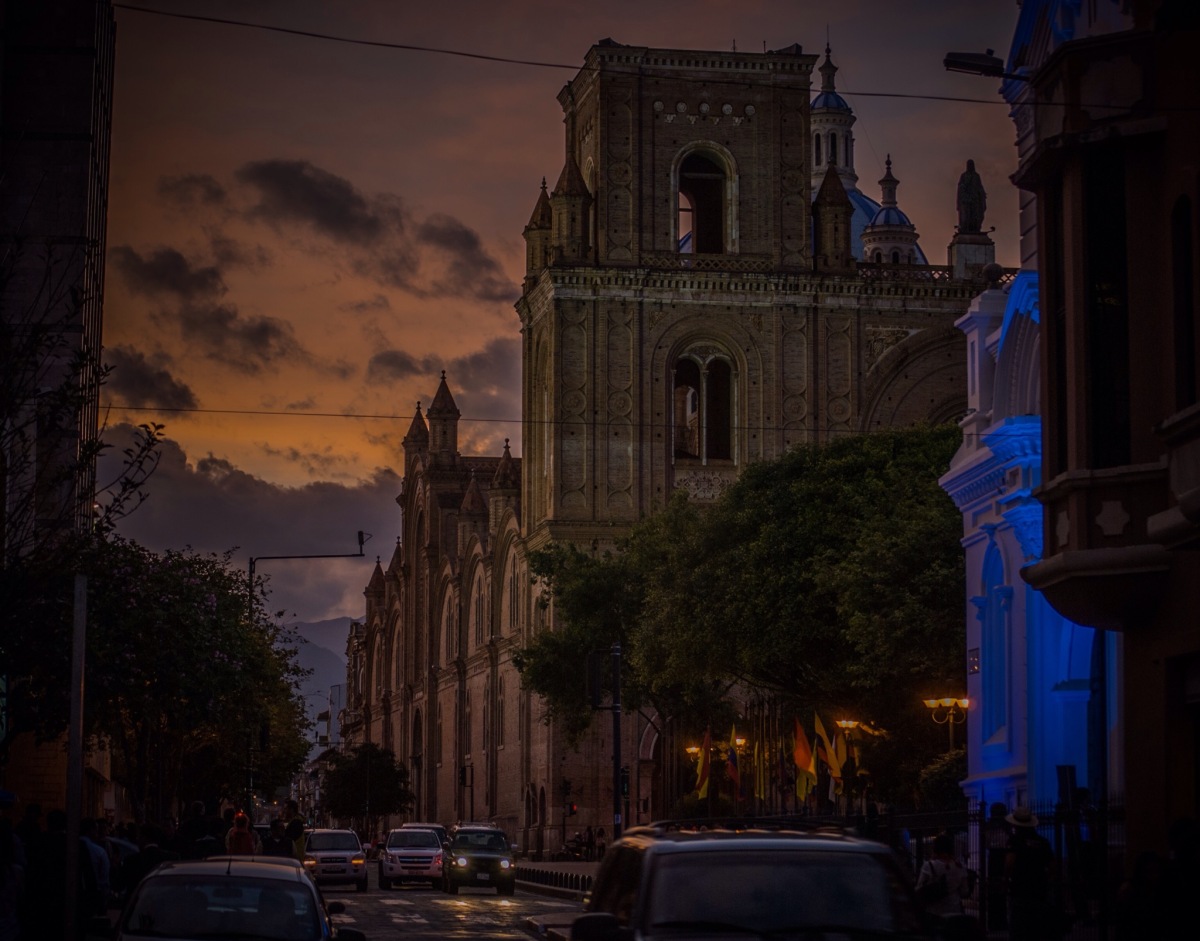 On our first full day in Cuenca we are pleased to see that our initial feelings are holding true, Cuenca is beautiful, contemporary and the game of ‘avoid the Americans’ isn’t all too invasive. The one funny thing is that early in the week everything seems to be closed, and I mean everything, it seems that the latter part of the week is the time that this city comes alive. And I have to say it again, how good is it that we have decent coffee. We wile away the day before the Polish tsunami arrives, Ola and Piotr are stalking us and we are concerned that if we don’t take an alcohol free day we might end up in hospital by the end of this week.

The crowning glory of this very mellow day has to be the main church which overlooks the graciously designed central plaza. This church is interesting in that the facade is grand, but mainly just brick and fairly boxy, not a typical design. Inside however it’s high domed ceilings and lavish stonework and gold bring back all the familiar grandeur that makes up a church as we know it. As in Quito we can also climb to the top of this one. Funnily enough the domes on the two main spires aren’t finished so we are stuck to the central rampart. Apparently in Cuenca the city boundary was formed by the churches and from this height the spires and domes crown over the rest of the city in gaudy fashion. A sad tale of the churches here is that the church used to forbid the indigenous Ecuadorians from entering the town with exile only abating with the action of praying to display a conversion to Catholicism. Don’t get me started. As always this story maintains the conflicting feeling of being in a grand church; the architecture is breathtaking but the sense of mis-used wealth and power is an ever present cause of disappointment and frustration. 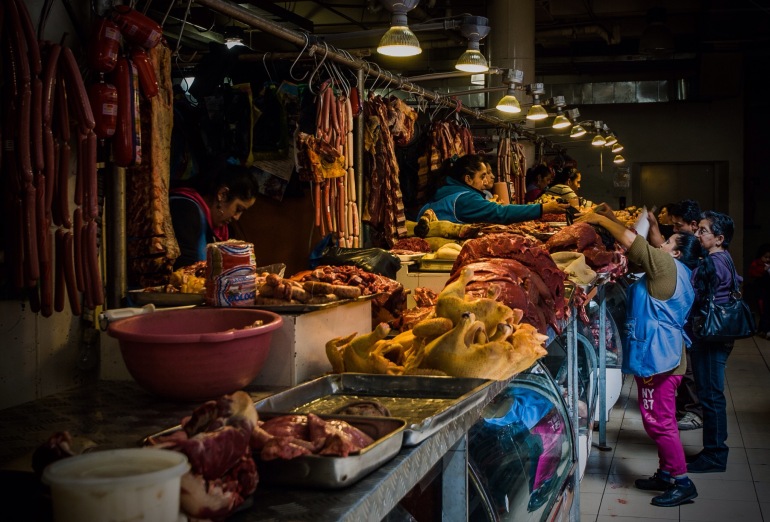 Like clockwork the sirens wail and the news reports are grim, Poland is invading. In preparation for the assault we nabbed a beer and a bite to eat at a really cool bar named Stencil, fittingly boasting walls splashed with stencils of famous faces. We eat in yet another reminder of the social suave that has Ecuador sitting far higher in the tree than we had ever thought. Our very uni student hipster in his vintage corduroy jacket and velour pants transports us to a socially elitist Melbourne bar; concerningly it feels quite comfortable. With our quick cultural immersion complete we check our soldiers on the border as the might of Eastern European alcohol consumption swarms the barricades.

But something truly amazing happens, its unbelievable, we end up at yet another cool little bar drinking with Ola and Piotr: hang on, that’s not amazing at all. So normal broadcast is resumed, happy hour sees Mojitos at $1.50 and it appears we just don’t learn. The local crew are quite happy that tourists have descended and we have an instant party on our hands. Alejandro, a dashing young dentist is quite taken with Ola, or Charlie: we really can’t tell and Piotr has his hands quite literally full with Monica. But closing time arrives far too early but instead of being asked out, the doors are shut and the party continues. We need to keep it quiet as we’re not meant to be in there so the private party continues with hushed mirth. It may be the too many mojitos, but stuck in a bar after hours with the locals it’s feeling like a quintessential travel experience, Cuenca delivers!

Cuenca is also a perfect representation of that other Ecuadorian phenomenon that has continued to amaze us, the recent history. Much of South America has pretty recent turmoil underpinning its typically rocky climb from the mess left from colonial pillaging. Not surprisingly Ecuador is little different; but whereas much of Latin America has had a decade or so of relative stability, Ecuador had the police shooting up a hospital housing the president in broad daylight… in 2012!

Massive political change happened in 2006 with the election of Rafael Correa after ten presidents in 7 years. With massive corruption seeing 80% of the oil wealth going offshore or to politicians, Correa turned the tables and directed that 80% to Ecuador by forming Ecuador Petroleum. In eight years, not without a bumpy road it has to be said, Ecuador has gone from basket case to revelation with the police and army now well on board. Wages have routinely more than doubled, poverty has halved, domestic violence reduced by 40%, roads and schools are popping up everywhere and children are even given school uniforms for free. Education and health are 100% free as Ecuadorians are embracing what is routinely seen as the most important element to their future, education.

It’s always tetchy ground making broad social statements like this; however guidebooks, news articles, historical accounts along with numerous local accounts such as our language teacher are all singing a similar story. With a relatively consistent message aligning so elegantly with our own observations we find scepticism banished by the undeniability of the positive changes sweeping Ecuador.

Along with the boom in Ecuador comes an obvious sense of national pride and an explosion of creativity and culture, Ecuadorians now see opportunity and a future of more than internal conflict and corruption. The signs are everywhere and it is starting to seem obvious that this general sense of positivity is what has made this such an exciting and enjoyable country to visit. It’s also crazy to think that just eight years has seen this reversal. Some good governance, minimal corruption and a focus on supporting a society by creating opportunity has carved away at unemployment, poverty, social inequality and disadvantage. Simple effective governance with a social focus; amazing to see what can happen when politics works for the country as a whole, not just the lobbyists that got it into power. It’s hard not to take a potshot at western politics, particularly Australia and the woeful record on indigenous matters. But right now this is a triumph for Ecuador and a story that should be told around the world.