So far from the jaded colourless world that was ours in 2010 we now stack the notations of six months in Latin America scribbled so busily onto a laden notepad into bulging back pockets. To borrow from the one and only Queen Elizabeth, 2010 was our ‘Annus horribilis’, when the machinations of our modern world so deftly turned from supporting environment to demanding machine needing more fuel than we had to throw into the furnace. We sought adventure, departure and to some degree healing from a world that we’d painted around us using all the wrong colours, or lack thereof.

Four years separates that year from this adventure, four years of leaving behind a year that permeated through a calendar for so long but without words attached to make it real. We never perceived the lessons awaiting us in the void of escape; liberation in separation, education in evacuation. Words inspired by Pablo Neruda, Chiles Noble prize winning poet paint the basis of this education via the senses so elegantly able to clean the back of the mental cupboard we so often choose not to look to. When words alone are not enough an up-close view is sometimes the only way; and so we journey beyond the words and onward to this education. 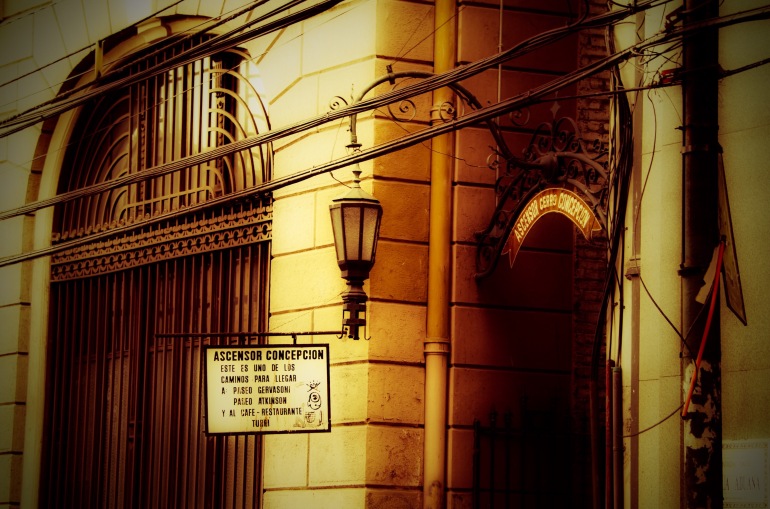 Take from me.
Traps my heart designs,
Stones my voice won’t cast,
When weight becomes too much.
Oh words, I beg.
Take ever on,
All:
Without you I can’t touch.

But words,
Allude a truth.
An open window,
To fly.
Not in letters I arrange,
But from:

The spaces in between.

From such comfortable bubbles we look at the world, it’s easy to perceive philosophy intellectually but it can be so much less digestible in practice. From the privileges of a wealthy stable country and lives of support and love to the awkwardly undeniable luxuries of being born healthy, without mental illness or disability we view the world from our perch of the lucky few percent.

Our first destination on this journey was Mexico and we were so quickly introduced to another privilege we seldom recognise such is the shame it invokes; we’re white and disturbingly this is a statistically undeniable privilege in a world of stubbornly resistant inequality. It disturbs me still to consider the idea, the racist premise so intrusive that we’re lucky because we were born white, but in Mexico as in Australia this distasteful truism is unavoidable. So easily overlooked by those on the lucky side of the ledger this evacuation has afforded us space to view topics so often conveniently shoved to the back of the cupboard, privilege hangs so heavily on our shoulders, a heavy weight born so easily.

In Chamula township near San Christobal in Mexico we found ourselves plunged into a rare circumstance, such a divinely succinct lesson so simultaneously common and unique. We walked the streets and heard the fireworks of a culture so defiant to conquerors, bending and straining at so many turns yet holding on grimly to what had been before, refusing to break. The Spanish like the British, French, Dutch and Portuguese among others of the time raped and pillaged so comprehensively that so many cultural victims have long since been lost to the world. A world squeezing into a gene-pool too small. How inconvenient it is to stare at the roots of that shame and see the breadcrumb trail to ourselves. So easily we ignore this from the perch of the few percent; what is so infrequently put into words so easily denies us the opportunity to see beyond them.

From the personally confronting lesson delivered so bluntly in Mexico that recurs still, we plunged into a surreal Orwellian adventure. Deviation and evacuation seem such feeble words to describe the parallel universe of our lessons which take us further from our bubbles already so far away. The grace of wealth remains for all to see among such decay, a people who display what our often listless bodies and minds might be capable of without the dumbing haze of modern trappings. So suave, sharp and elegant of mind and so fiercely powerful of body are a people free from the barrage of taming docility that this digital world rains down. Imagine a world free of internet, instant contact-ability and ego defined in ‘likes’. It’s not a post-modern hippie mental detox nirvana, it’s Cuba, it’s an education and it’s only available in the flesh so evasive to arranged letters.

And south we travel through this continent of such recent unrest, the last few hundred years have chewed up and spat out Latin America.  Centuries of people forcing their way through struggle paints a picture of humanity under pressure. From Aztecs, Incas and Mayans to conquistadors from abroad a period of straight road is hard to find in this ever so tumultuous history as it is in our own country, so straight and untroubled for so long. That straight road exists of course if you’re that privileged shade of white; the black letters tell such a different story from a time when dreaming made the words.

In the former lands of the Incan empire and later Greater Colombia we saw the story of people and pressure so diversely told. Ecuador showed us a people rising from the ashes of that pressure, Colombia a nation growing with it and Peru: what can happen when that pressure becomes too much. This region of empirical relay lays out a story of power after power passing the baton like an olympic event, possession so much more a fluid idea than we understood it to be. Powers rise and fall yet people remain. But people don’t remain unaffected, centuries of learning may not always be conscious but present they are, revealing a tale from before a conscience can grab a hold of it or make it into words. 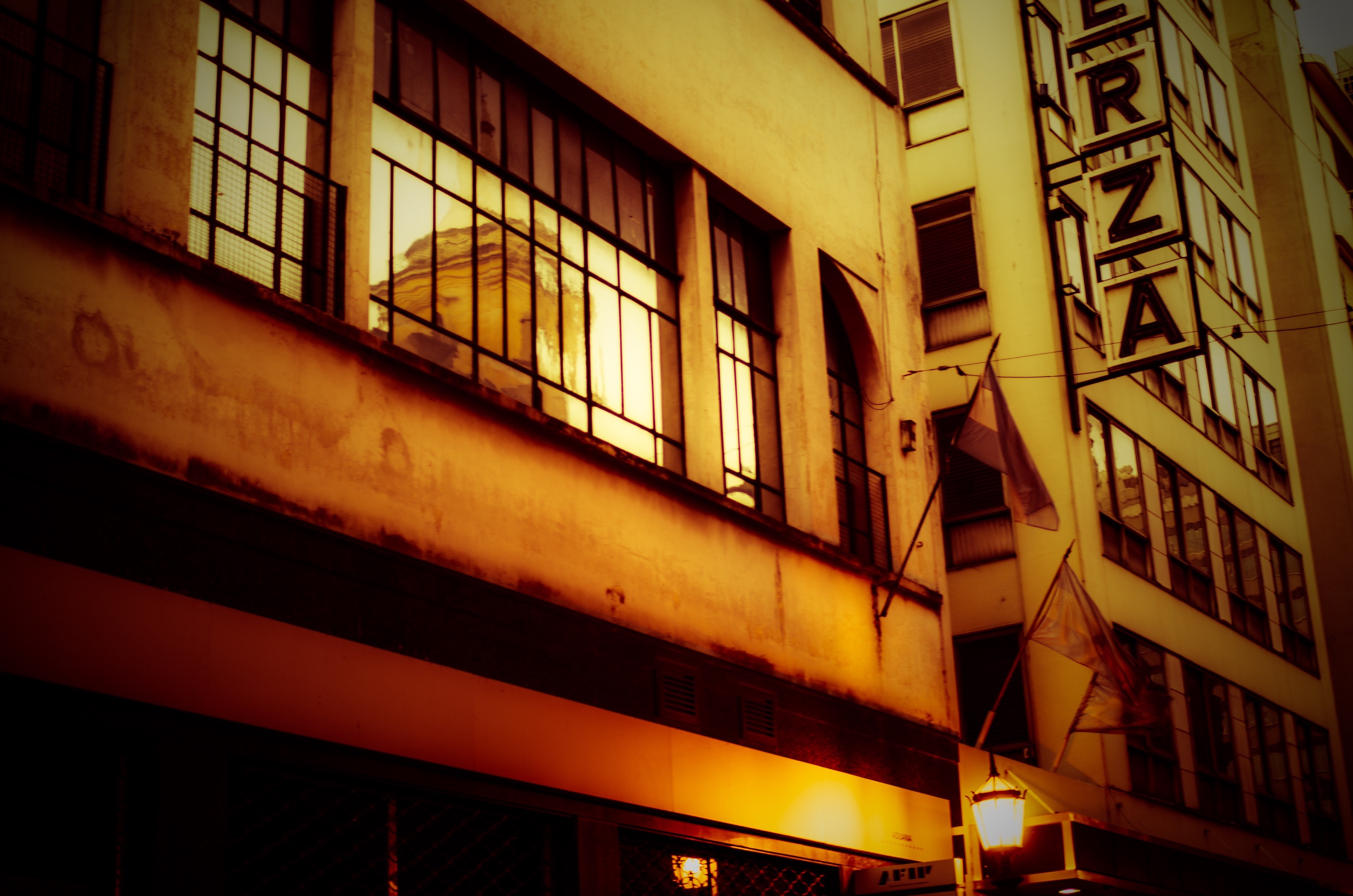 Not only empires, people rise and fall too. Like Chamula in Mexico the Mapucha’s in southern Patagonia never laid down, fighting a permanent fixture etched in a history of defiance, refusing to fall. Proudly argued as this continents only indigenous group to never truly be conquered the Mapucha’s write their own book adding layered complexity to this story. Breathing the air of the classroom it’s not from the book we learn, lessons contain so much more colour in real life. There’s stories and ideals not so easily put into words that ring so loudly into the cupboards of our minds now so much better lit; education through experience.

So what is this lesson, this education we have begun yet far from completed? Evasively it’s buried intangibly within us similar to the histories buried in so many millions of lives. It has leapt from the pages of the notepad and so discretely tinted all that we are and evade the words I use in an attempt to corral it. Not from the words do we learn the most, it’s from those spaces in between that this lesson comes to being and only with open eyes shall continue to do so.