It appears that all animals are not pressed from the same mould be they wild or not. Our slumber serenade from Elephants was all boisterous bluster, indeed the Elephants are known to be the destructionists of the wild here as a result of having little or no natural predators beyond us humans. This security creates a blasé nonchalance that this mornings viewing lacks. It is surely impossible to be bored while enjoying a casual morning overlooking the beautiful plains with a herd of giraffes grazing right before us. The repeating ideal jumps out again, they’re not behind a fence or a cage, they’re alarmingly sharing the same space as us, breathtaking.

Where the elephants seem to be the rugby front rowers of the jungle the Giraffes take the mantle of elegantly skittish prima ballerinas, all grace and fluttered eyelashes. Gracefully moving from tree to tree seeing the movement of these huge beasts in real life is a bizarre contradiction: they’re huge animals and not just tall, they’re a lot more powerfully built than their elegance of movement would seem to permit. They skirt the water hole before us never coming closer than 20m or so, gently scanning for possible threats I assume. We’re silent and restrict our movements but it’s a no go, the ballerinas aren’t confident so they glide away unwilling to take a risk at a potentially dangerous water hole. By contrast the front rowers barge in a little later in the day and every animal capable of doing so clears out. Both huge wild herbivores but what vastly differing dispositions.

In this journey north closer to and into the wild we are leaving casual game spotting temporarily behind, or at least adding to them, today we take on a wild of a different kind; we cross the border into Zimbabwe. We’ve been surrounded by wild animals unshielded and we’ve felt nothing but secure and at ease, today though we take on our greatest wild animal challenge to date and we’re decidedly nervous, humans. The border crossing to ‘Zim’ is notoriously awkward and it’s apparently easier than Zambia, this should be fun if nothing else.

Approaching the border we have our game faces on, these wide eyed innocent tourists desperate not to look too much like wide eyed innocent tourists ripe for the scam. Apparently there’s a lack of set pricing here so it’s a game of bluff your way through on top of the customary road block vehicle check to search for something wrong with your vehicle, and fine you for it. Exiting Botswana is a breeze, if Chile is the Germany of Latin America then Botswana is the Chile of Africa, the Zim’ immigration is where the game faces come on. We have our paperwork all ready and hand it over before being asked maintaining a nonchalant exterior. A little cricket chat goes a long way, it’s all smiles and ‘Aussie Aussie Aussie’, so far so good. 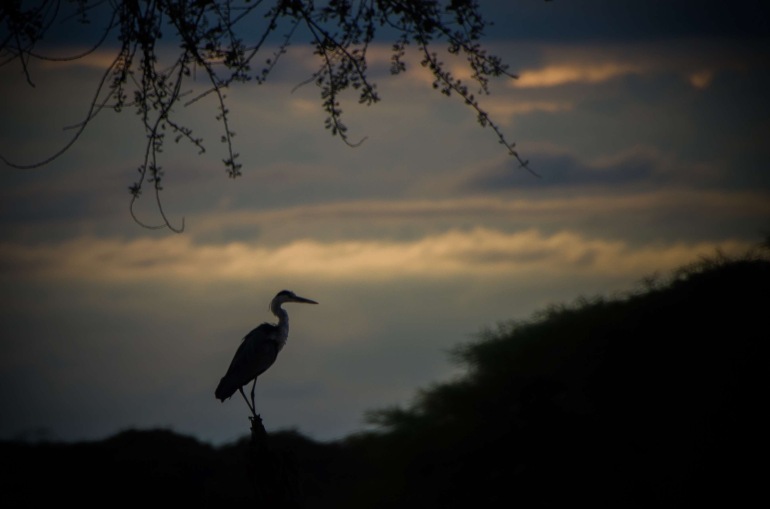 The inevitable does come though, payment time. Plucking a fairly random number we think we’re about USD50 on the bad side but with an unofficial border helper to make things easier, probably his fee. A little conference that is only a part charade we guess that this is the price for not getting any more dramas, so we pay up feeling like we have paid a little more than we should but avoiding paying more than we could. Next stop boom gate and it’s bingo time, our helper has taken our paperwork through and it’s plain sailing, fifty bucks well spent I say.

High-fives too soon, we’re stopped about a hundred metres on, we’d heard about the bogus vehicle inspection. Stern predator in police uniform is greeted with impassive faces and not a spoken word more than necessary; yes we know this game and we’re not going to get taken lightly sunshine. A mini stare off feels like more of a brush with danger than we’ve had in the few days living with Africa’s wild animals, this one is far more dangerous. Stalking the car we hold our nerve and resist trying to make small talk and look intimidated; lights on, lights off a test easily passed. A nervous wait for a slow lap of the vehicle and back to the window, still we resist to falter as Charlie looks positively bored, still resisting conversation. Victory is declared as the predator slinks back to his roadside jungle hideout to wait for easier game. This time the high-fives aren’t premature at all, the notorious Zim border crossing fades behind us with barely the minimum scratch.

We surge onto the town of Victoria Falls, fittingly spotting some Kudu and a Sable on the road, some of the grandest antelope we’ll see this whole trip. After encountering the really dangerous animals of Africa, us, these beasts carry the bulky immensity of a small horse with the daintiness of their smaller more delicate relatives, Impala and Springbok. Nothing to say other than breathtaking. Seeing amazing animals on the road is now settling to normality, giddy excitement giving way to uncomplicated appreciation. This calm affinity may all change when we or if we see big hunting cats but for now it’s easy to feel more comfortable in the presence of beasts of the four legged kind rather than those on two legs. George Orwell comes to mind yet again, a commandment from the pigs of Animal farm: ‘Four legs good, two legs bad’. Maybe a little harsh Snowball, but I can’t entirely disagree.