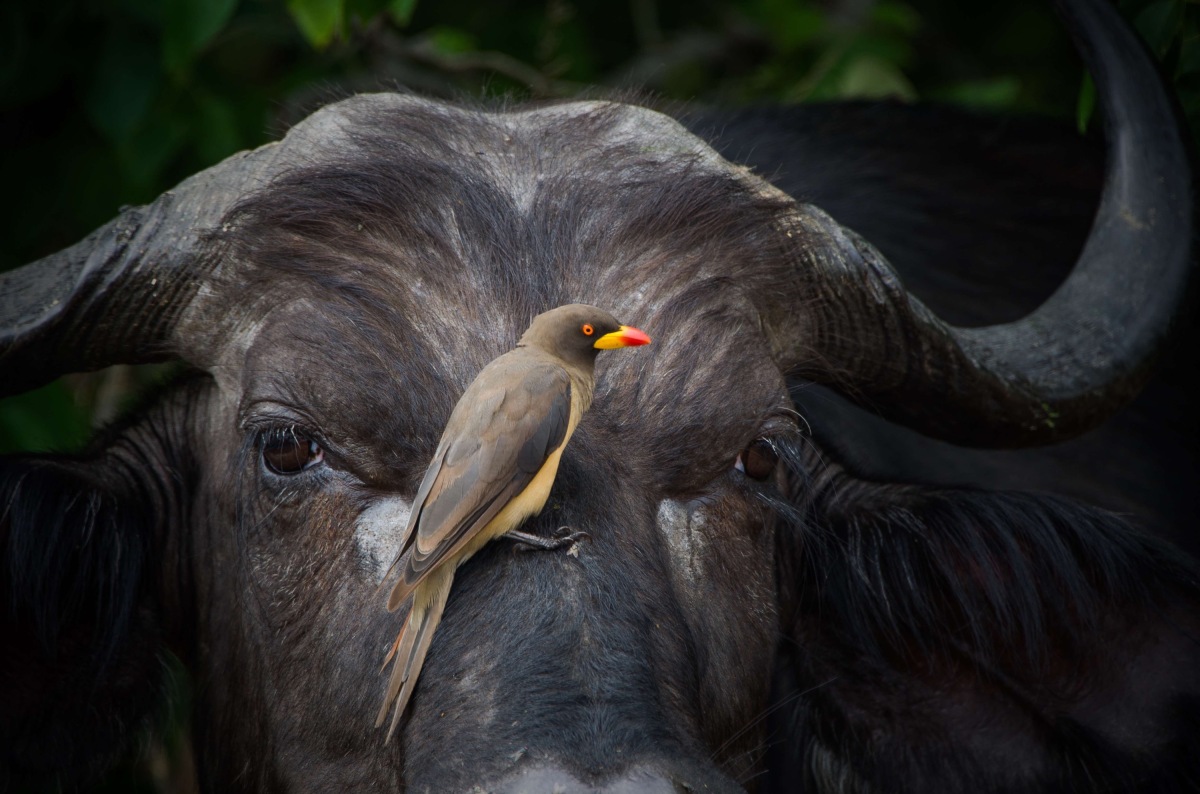 Today is the day, after the thrills and spills that made our short jaunt into Zimbabwe we are finally making it into Chobe National Park. We’re thoroughly tuned into the sun so for now we barely need an alarm, we’re up, packed and off before 7am, quite a miracle for me. It’s with no small sense of anticipation in the air that we farewell Senyati camp; in planning this year long adventure Chobe was one of the first things written on the ‘must see’ list. For Charlie this is a return to a childhood, for me this is a first time so it’s onto the dirt roads for the long haul to Linyanti campsite for two nights.

The first winding tracks through the park deliver the images of Africa I might have imagined, masses of Impala grace the roadsides accompanied by a range of birdlife that has us flicking through the bird field guide at every turn. The shores of the Chobe riverfront slip past as we carve off slices of biltong and soak up everything that this road trip is meant to be. Hippo’s, Zebra, a million Impala and even more birds make up our first introduction to the Chobe riverfront, the same river we’re camping at tonight, safe to say we’re very excited. Crocodiles share the shores with the hippo’s and birds as we both clamber for the binoculars greedily soaking up wild Africa right before us, this is indeed what we came here for. 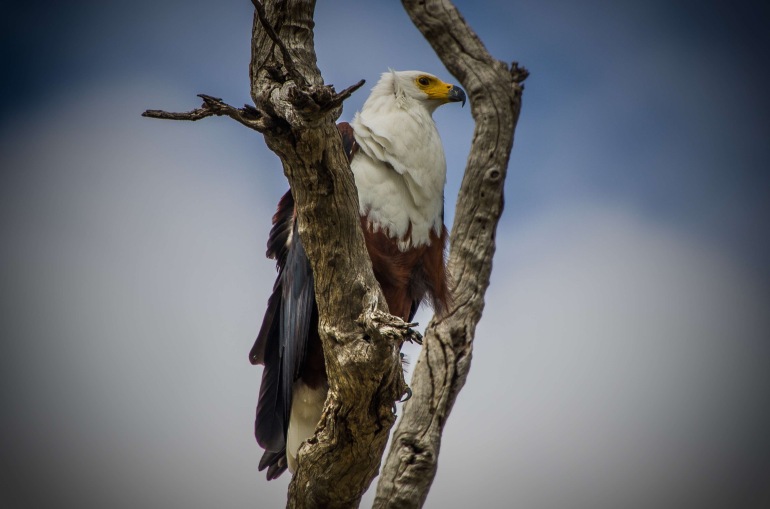 Still a way from the campsite the Mopani trees cramp the road to rob us of the vistas we enjoyed for the trip so far, enough game spotting today, now we just need to get there. On a road that is getting more and more unruly we battle sand and rutted tracks in what is for now more of a 4WD adventure than a game spotting one. Spinning wheels in a sandy mess require a little bit of shovelling and reversing before we’re on our way, leisurely posh glamping leaves us to our own devices on this adventure into the bush. This is the wild after all and the pulse racing sights we’ve seen mix with nature uncovering the bare bones of the bush, we’re in Africa now, no doubt about it.

Just to punctuate the point we are stopped in our tracks and not by the bad roads this time, the car is just fine. But a fine car and a clear road mean little to a big whopper of an elephant that wants to eat what is beside the road. pulled up less than ten metres from this beast we’re cautiously waiting very aware that he could easily make mush of the car and us inside it. He moves off a little, we advance, he changes his mind and now we’re stopped a little closer than we’d like to be, waiting. I’m in reverse with the clutch just catching ready to try my hand at reverse racing up the winding track. A tense standoff on our part is a piffle to the elephant, he eats his fill and finally moves off to clear our way. We finally breathe out and put the car into first gear once more. 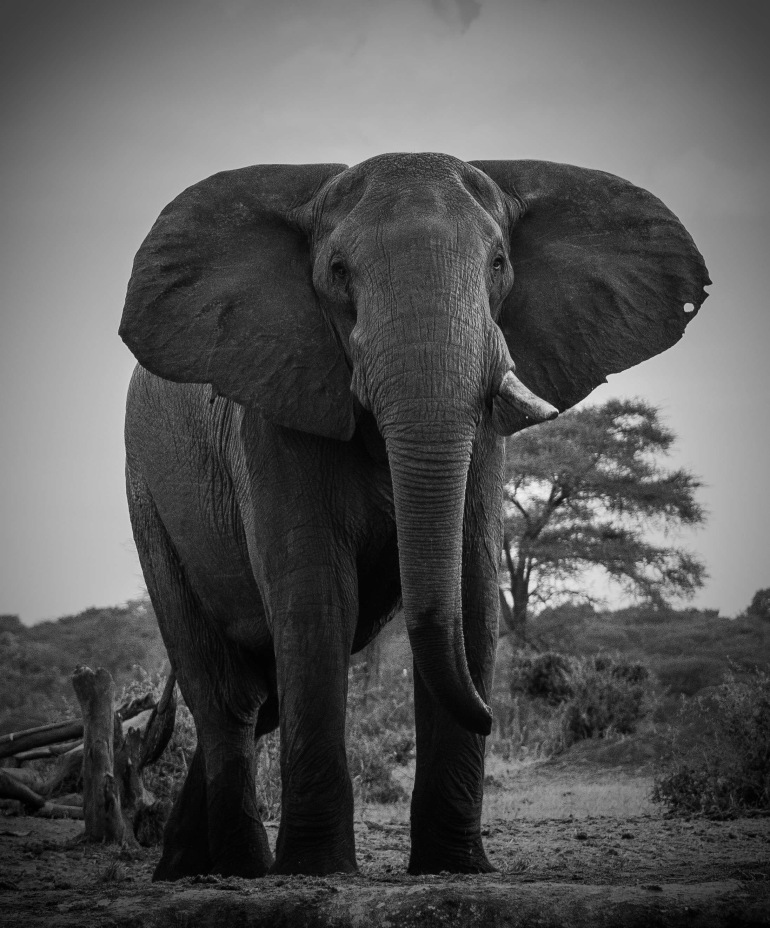 Seven hours into our farewell from comfort we are at our campsite, we’re on the river but this is not quite what we were expecting. An open space of ground has a small glimpse of the river but is otherwise a cleared patch in the bush, we’d made the fatal error of allowing expectations to creep in mainly based on the price for this campsite which is quite exorbitant. We are in the boundaries of a famed national park and for that we have to pay the price so with shrugged shoulders we set up our campsite in the gloomy weather to look forward to another day. After an exhilarating start to the day we’re dead tired, serenaded by rain and hippos who sound like a hollow reverberating engine that won’t quite start we nod off to sleep dreaming of a new day.

The morning comes, the rain has passed and this trip into the wild is set to kick into gear. It turns out that there’s no genuine opportunity for game driving around Linyanti so we venture off to Savuti camp, only 40km away to do what one does in a game park, drive around and take in the beauty. And we do see beauty, a range of animals crossed our path but oddly enough today is more about the driving. We had thought the road yesterday was crappy but nothing compares to this mess, we don’t get bogged thankfully as we cross waterways that wash up over the bonnet and throw our poor car through more than a rental car ever should. In all we’re out for about six hours and over four of them are busy fighting like hell to get the car through this ‘road’. 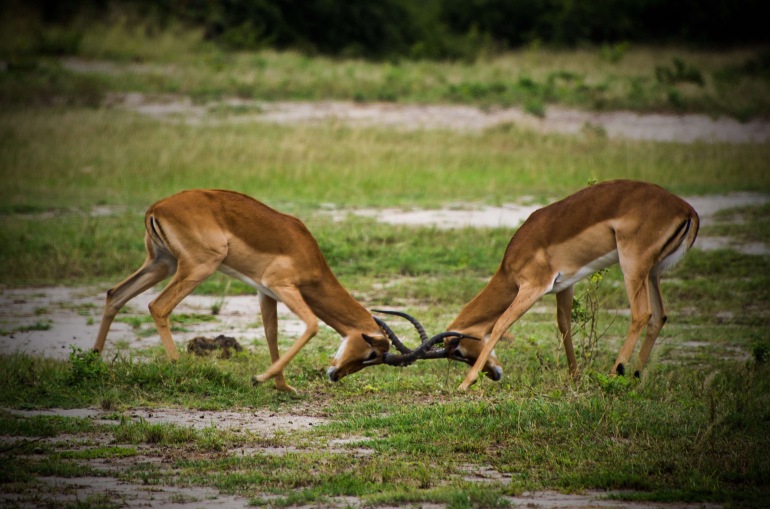 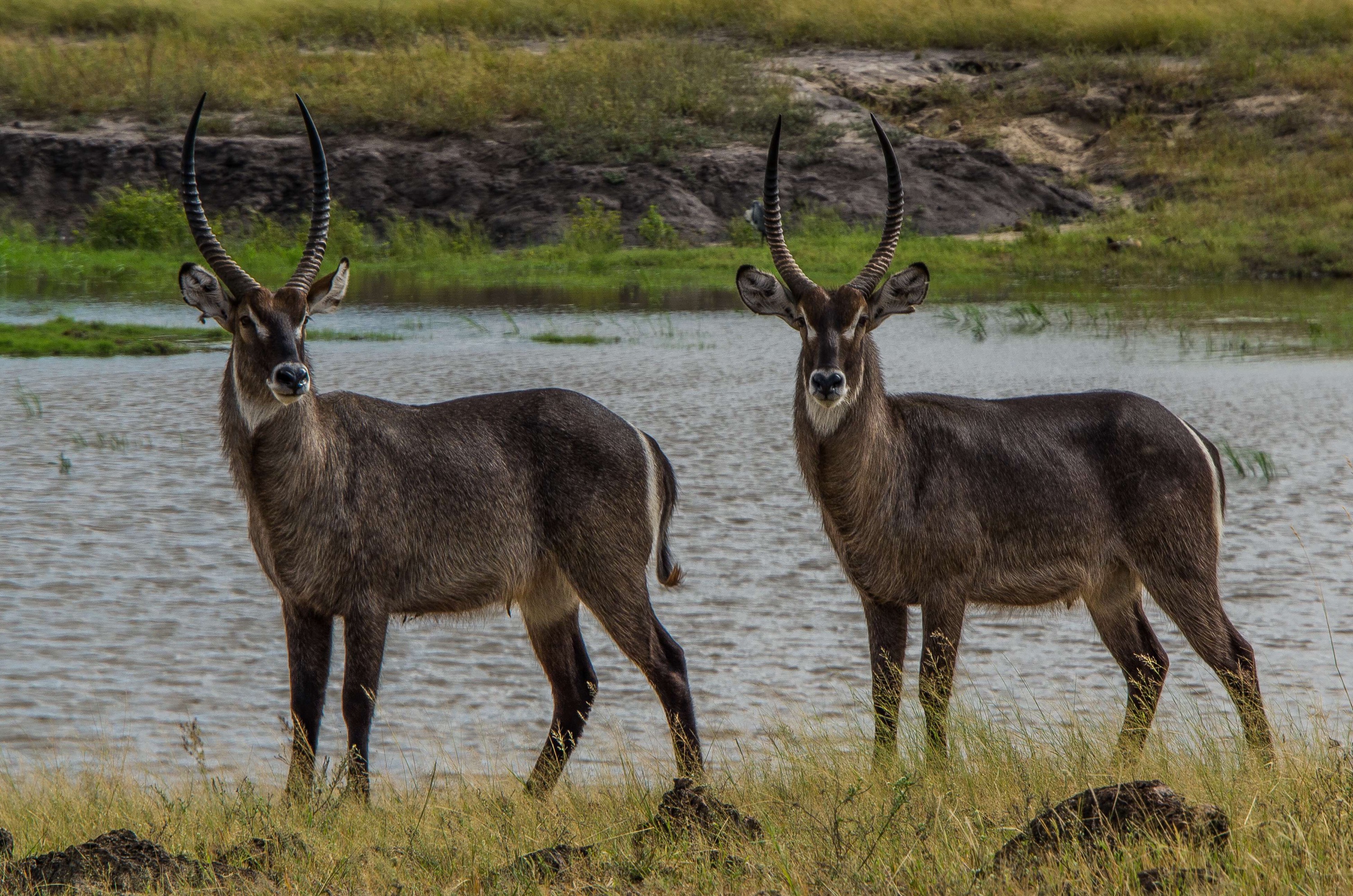 On a cursed day we bunker in from the unseasonal rain that is meant to be long passed, we dash out to make dinner in the first break in the weather that presents itself. Strangely we’ve seen some great animals and even some Impala play boxing but we’re not as optimistic as we should be and we know it; this day feels a little more like a wrestle than the amazing window into the wild that we hoped for. Is it the weather, the horrid roads, the meagre campsite, the exorbitant costs, the underwhelming scenery? Yes it’s a little of all of these things but mostly it’s our expectations built up over years of dreaming of this place. Tomorrow is a new day and it shall start as a regular camping trip instead of the unclimbable mountain we built it up to be; expectations banished we’ll be back in the car and ready to charge headlong into the wild once more. As they say in show business; cut: take two.