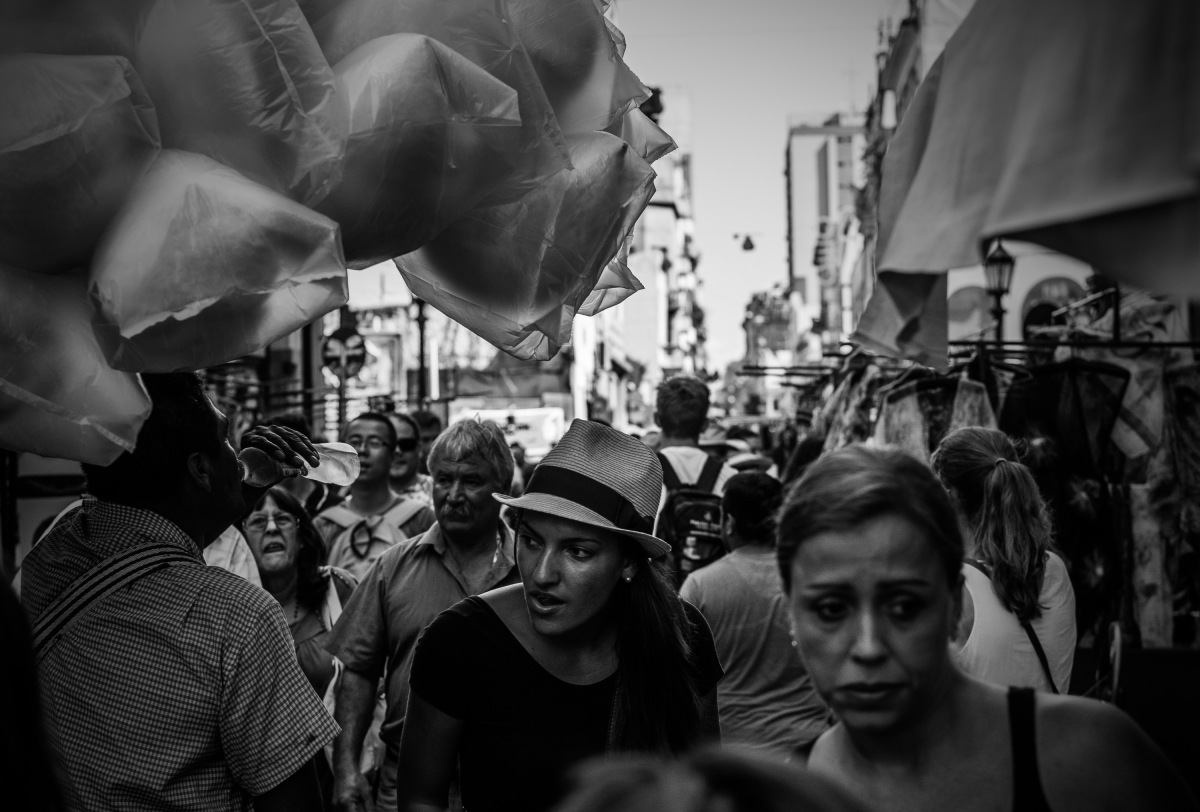 Today we have a full day of donning the tourist caps and getting out and about, our to-do list is welcomely sparse leaving space for good old fashioned poking around. So it’s off to see the sights, soak up some atmosphere and surely get frustrated by the now comical Argentinian lack of efficiency and strong businesses commitment to non-commitment of make money. For now though it’s coffee time, of course and we’ve found a place that’s not run by an Argentinian so there’s a better than average chance of it not being randomly closed because the owner couldn’t be bothered today. Exaggerating? Not a chance, Argentina is all over the place in terms of working efficiently.

We make our way to the northern part of town to a few attractions that suit the ambling tourist absorption mode we are after. We stop off at an old theatre that has been converted into a bookshop for a bit of a poke around. Box ticked here, it’s a lovely building full of grandeur and vintage class but inevitably a very grand book shop; nice to see but hardly a ‘must see’ for a city of BA’s history and size; moving along. 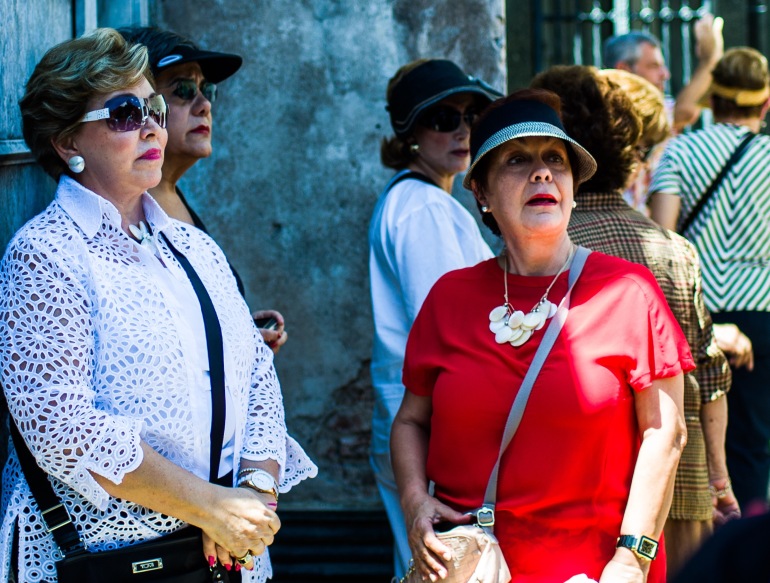 The bookshop was as easily enjoyed as it was forgotten, not quite so our next stop. We make our way through a grand white entry facade and into a weird sort of alternative universe. Arrow straight avenues are flanked by ordered rows of ornate facades in polished marble or historic stone, everything here screams of exclusive affluence. Small gardens are manicured and grand statues abound in this expression of wealth in a small walled block of the city. We gaze with wide eyes through windows into places we can’t get to in a throng of tourists doing just the same as us. Sadly there’s no delicious coffee, no bars with a cold beer and no boutique fashion and definitely not a snack to be found. Annoyingly the residents of this exclusive enclave don’t enjoy such niceties which I guess makes sense, we’re in a cemetery. 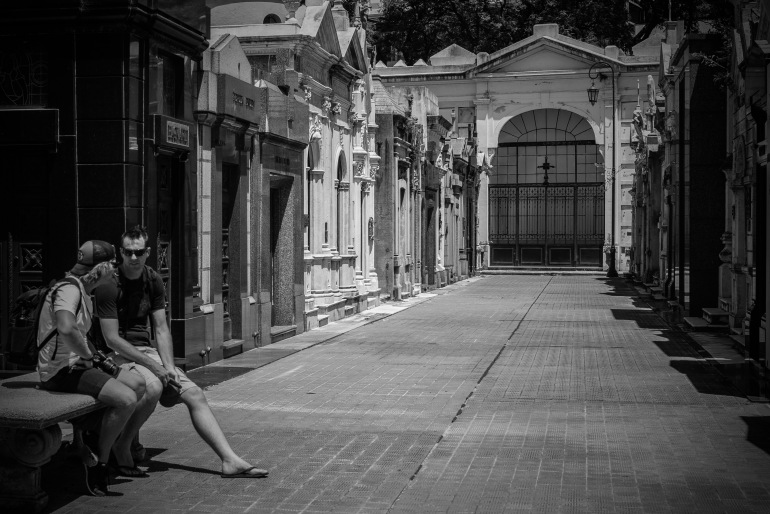 This place is a grand city in miniature, small churches boasting all the opulence of the larger kind are no more than six metres tall; fit-outs that belong in the most expensive hotels are crammed into a few square metres floorspace. It’s quite captivating and completely bereft of the macabre nature of cemeteries as we know it, polished windows open the view to coffins, statues, candelabras and everything in between. What we see before us is less so a place of rest for the dead and more so an extensive release of cap-X (capital expenditure in corporate terms) for brand maintenance of reputations. It’s a pissing competition of Catholic proportions, families and notable individuals have their brands and of course, the brands of their families polished for all to see. BA at least has a very good grasp on Catholicism and its machinations. South America yet again makes a pot shot at commercial religion oh so easy but for now it’s just a weird and wonderful place to see, these insatiable tourists soaking up the fodder of our kind.

We shamelessly do scout out Eva Peron’s crypt, the grand figure of Evita stands strong in Argentinian history and social conscience still. We didn’t however know that Evitas body had been grave-robbed and stolen for decades. We also didn’t know that when it was rediscovered and returned it had signs of being interfered with. The suggestion of interference is more of a statement than a suggestion and it’s exactly what you’re assuming, I would suggest. And with that icky business behind us lets move on shall we. 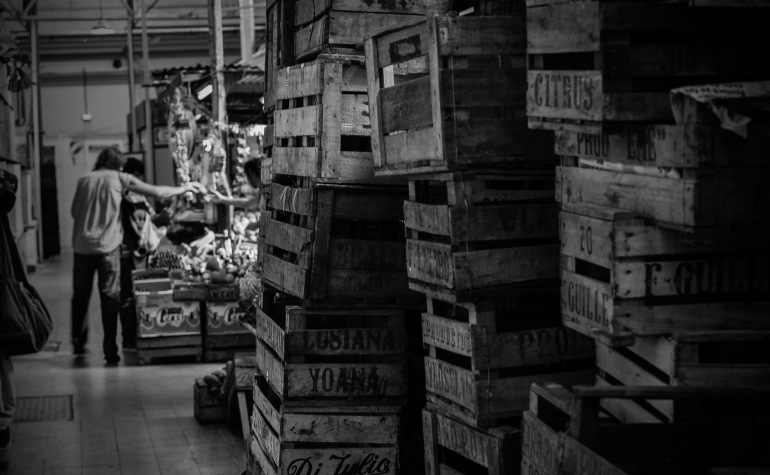 We meander past closed shops and through metro stations with closed ticket booths, uncannily entering into the invalid entry at every opportunity, doing anything is laced with difficulty in Argentina. All we can think is that running a business must be super easy here, unlike the tight margin competitive beast that is Australia. How else can businesses small and large routinely and consistently be closed; we’ve noticed retail shops that we’ve never seen open, wine bars closing at 10pm saturday night and cafes that only open a few hours a day. The question we can’t quite figure out is that in this struggling economy do we see a commercially easy day to day or is the easy day to day the cause of the struggling economy. Or is it a cultural chicken and egg scenario?

Launching into the lush tourist grazing pasture that is a street market we devour our way through the San Telmo market heaven. There’s an abundance of tourist awesomeness here, antique stuff, awesome stuff and weird stuff sold by people that are equally antique, awesome and weird. When it comes to poking around a city to devour from the buffet of whats on offer and think as shallowly as when watching a hollywood movie, we’re nailing this exercise of passive one way osmosis. 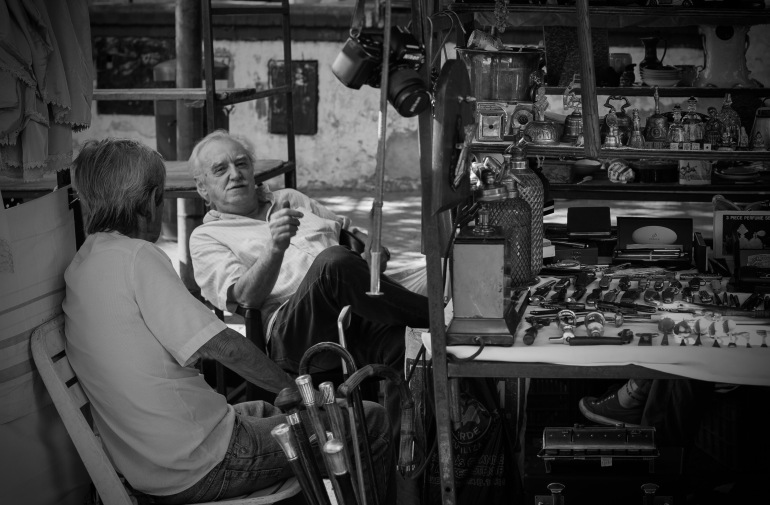 No one really calls time on play but we organically drift towards the hostel listlessly deciding to cook in for the night. Buenos Aires heat is sapping and the incessant walking without significant aim has stagnated our energy levels, we’re clocking off this day. Our hostel plays re-runs of vikings to further dumb our mental lethargy while we cook, BA is huge city and we’ve barely scratched the surface. A mere scratching of that surface is plenty enough to come away with an opinion well and truly forming. BA indeed lives up to some of its hype; it’s vibrant and lively but most of all it’s exploding with grandeur and style. There’s a long tumultuous history of lavish excess, turmoil and wealth, or oppressive lack of wealth depending on the time giving BA an abundance of grandeur without social or political consistency to drag it to gentrification. In a day we’ve tasted glamour, fading glamour, opulent excess, current dash and historical grandeur; in BA it seems that staid and mundane are off the menu now and always have been.