The first day of competition is upon us, a buzz fills the breakfast hall in a heady mix of nervousness and excitement, the addictive toxin of any elite level athlete. It could be the competitive spirit or it could be that we’re about to see familiar faces, Charlie’s mum in particular has been keen to see us again in a most reciprocated emotion. As chance would have it Janno occupies a table with her back to us as we enter for breakfast, an interruptive tap on the shoulder throws the sterile room into a bursting fountain of emotion, I’m sure there’s nearly tears, nearly. Janno’s pretty emotional too. Breakfast passes in a rush of stories and laughs as the looming cycling challenge is put on hold to catch up on companionship we’ve so missed. 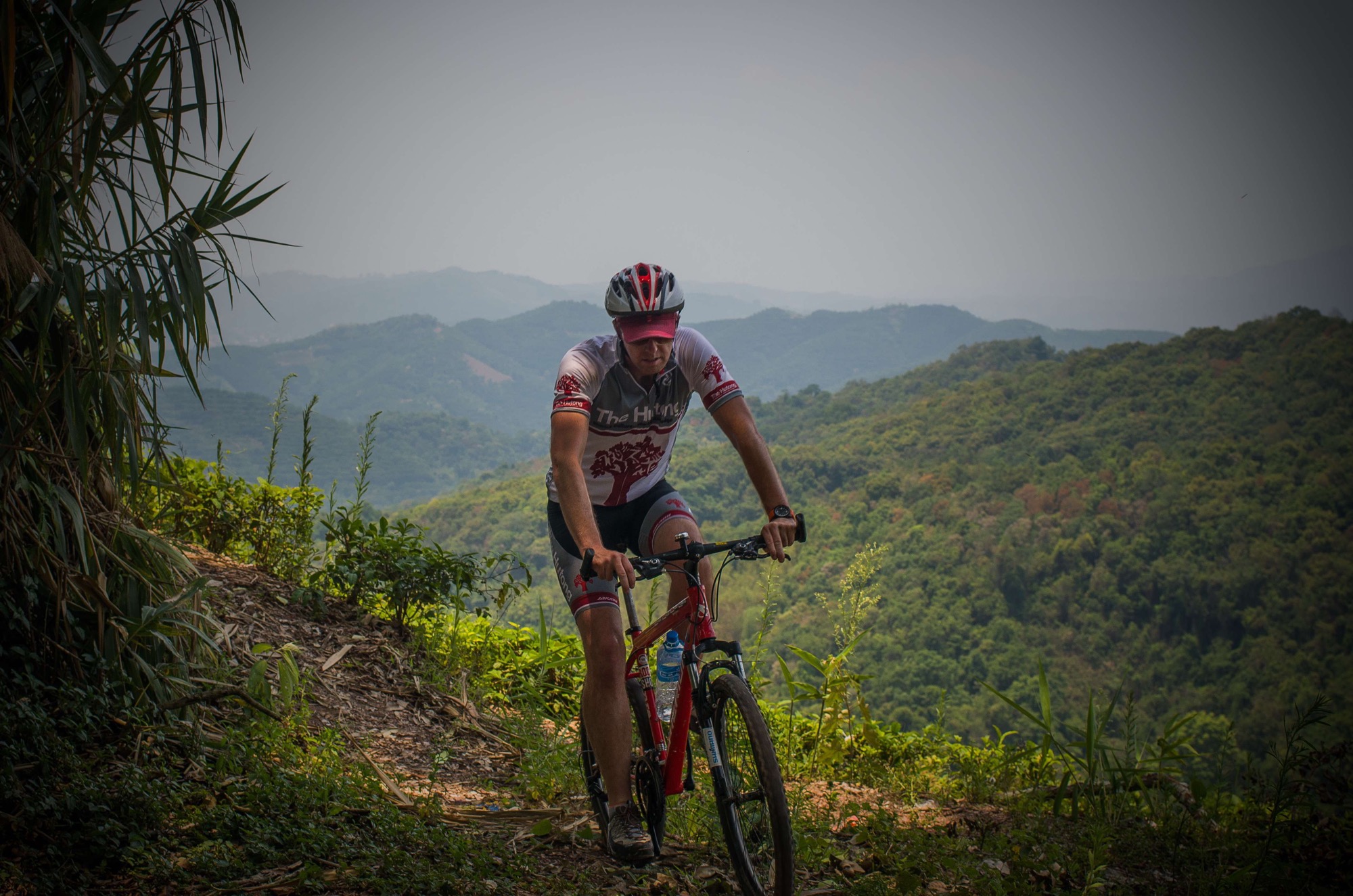 But enough of the light and fluffy stuff, the serious business of the cycling mission is about to begin as we journey through the countryside learning about tea and whatever else comes our way. Cadel Evans can have his Tour de France team Orica Green Edge, the other big Aussie team on the international circuit is the soon to be famous Yunnan Green Tea Edge, watch this space cycling public. Driven through the tacky city of Jinghong to the starting point with our two support vehicles and team motor bike no less the epic begins in the warm sun of a Chinese heat wave. Two mates of ours, Andy and Guy join Charlie’s mum Janno and three of her friends Robbie, Philipa and Sue as the most motley crew to ever squeeze into bike pants.  A staggered start sees us lead off as the four grannies and the four gays start the 59km day-1 under the new collective as the Yunnan G8. One wonders, through several hundred kilometres of senior moments, princess fits and inevitable high drama; what folly of blind fortune is going to bring us all back to Jinghong in one piece?

Lunch stop can’t come quickly enough, it’s only 11am and none of us are complaining. The heat is starting to rise and a steady uphill has Janno remarking that it’s a bit tougher than her practice rides around Bobbin Head in Sydney. Rest comes under a shady awning and food is laid on Chinese style, that is to say that there’s more food here than three cycling teams could possibly eat. One famous blight on Mao’s rule was the great famine, essentially a Mao creation from his non-sensical desire for steel as a simplistic marker for development. Millions of farmers were forced into steel production and therefore crops were either not harvested or not planted and owing to Moa’s commitment to Russia for military intelligence much of what was grown was taken from the human engine room, the great might of China withering under the whim of a despot. In two years an estimated 30 million people died, in this one action as just part of a long list of atrocities Mao accounted for, arguably, more lives than Hitler and Stalin combined. On that sobering thought the table before us grows and grows, it seems that some parts of Mao’s China have thankfully been cast aside, we’re starving. 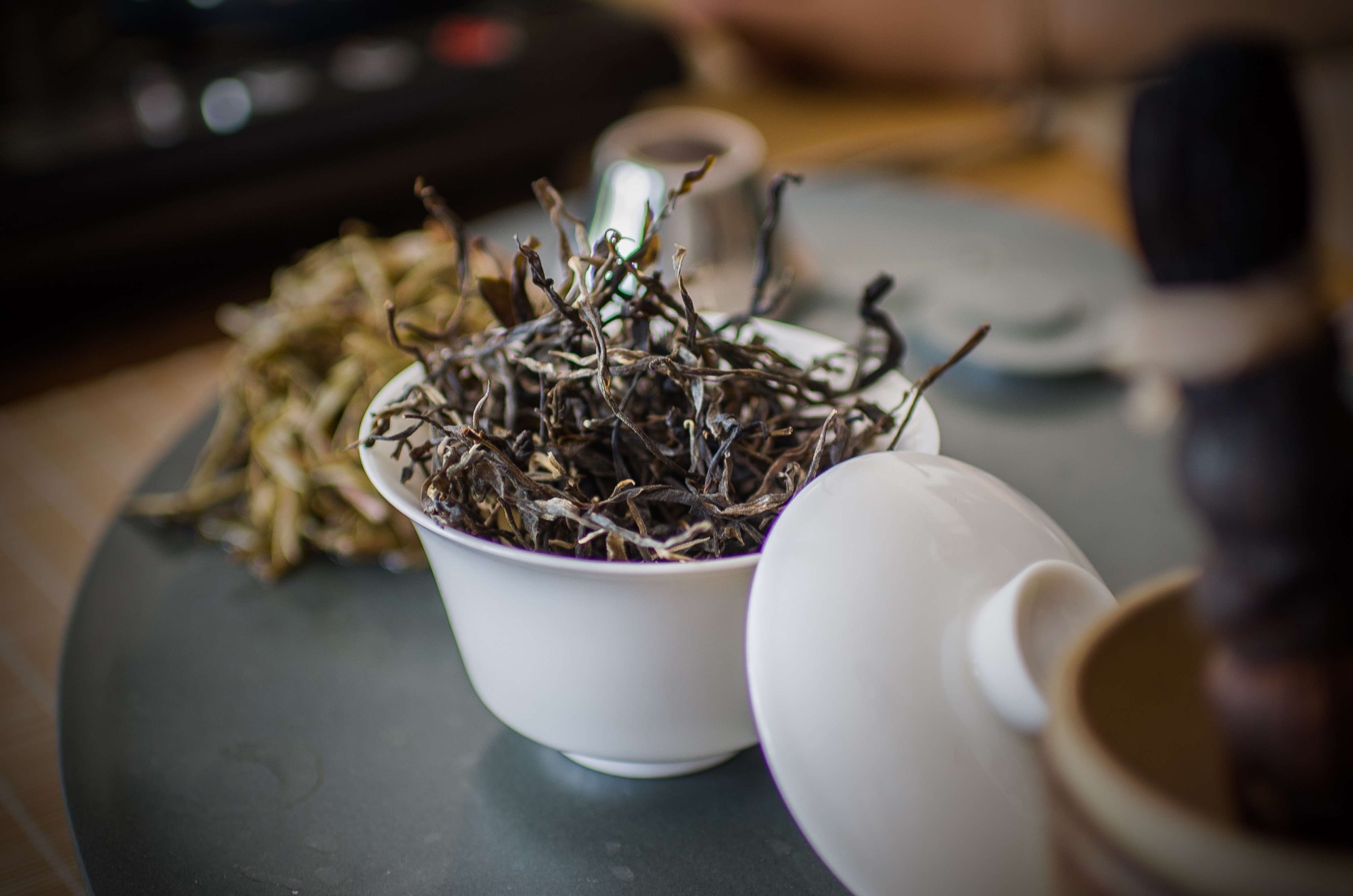 Stuffed to bursting we push off again as the heat of the day rises punishingly close enough to 40 degrees. Through picturesque countryside of tea plantations that promises to be even more so once we move beyond the world of agriculture and small villages of functional houses we push ever uphill. After the punishing uphill we turn a corner and there’s more punishing uphill, rinse and repeat. The heat also continues to rise unendingly like this hill somewhat, yes punitively is the word. Eventually Charlie and I leading the pack see Wendy and Echo, our two guides, which means it’s a stop, there’s no macho here we openly desperate for a rest. We’re absolutely stuffed and ego aside we’re probably the fittest pair of the G8 so we wonder how long we’ll be waiting. In less than ten minutes hot on our heels comes Philipa pedalling relentlessly like the terminator over the last rise to our standing applauds, unbelievable. Not long behind us and the phenomenon comes the rest of the G8 wisely bundled into the support van to make the final push up the hill.

Like a hush of corpses we drape ourselves languidly over chairs among massive statues made from tea at a table governed with great ceremony by Wendy. Wendy only understands a bit of English so it’s Echo doing all the interpreting and explanations as we get a rundown of making pu’er tea for which Yunnan is famous. Originally more medicinal, pu’er has gained popularity in China and abroad and remains one of our favourites at home so it’s exciting to be in this place surrounded by the precious blocks of compacted tea. As Echo explains much of the making of the tea Wendy takes colossal care to wash, rinse and prepare the tea perfectly; the usual carefree smile is gentled in the gravity of this most serious business. Loaded up on tea we’re all back to the road, not too long to go and we’re finally going downhill, the high peak for today not too far away. 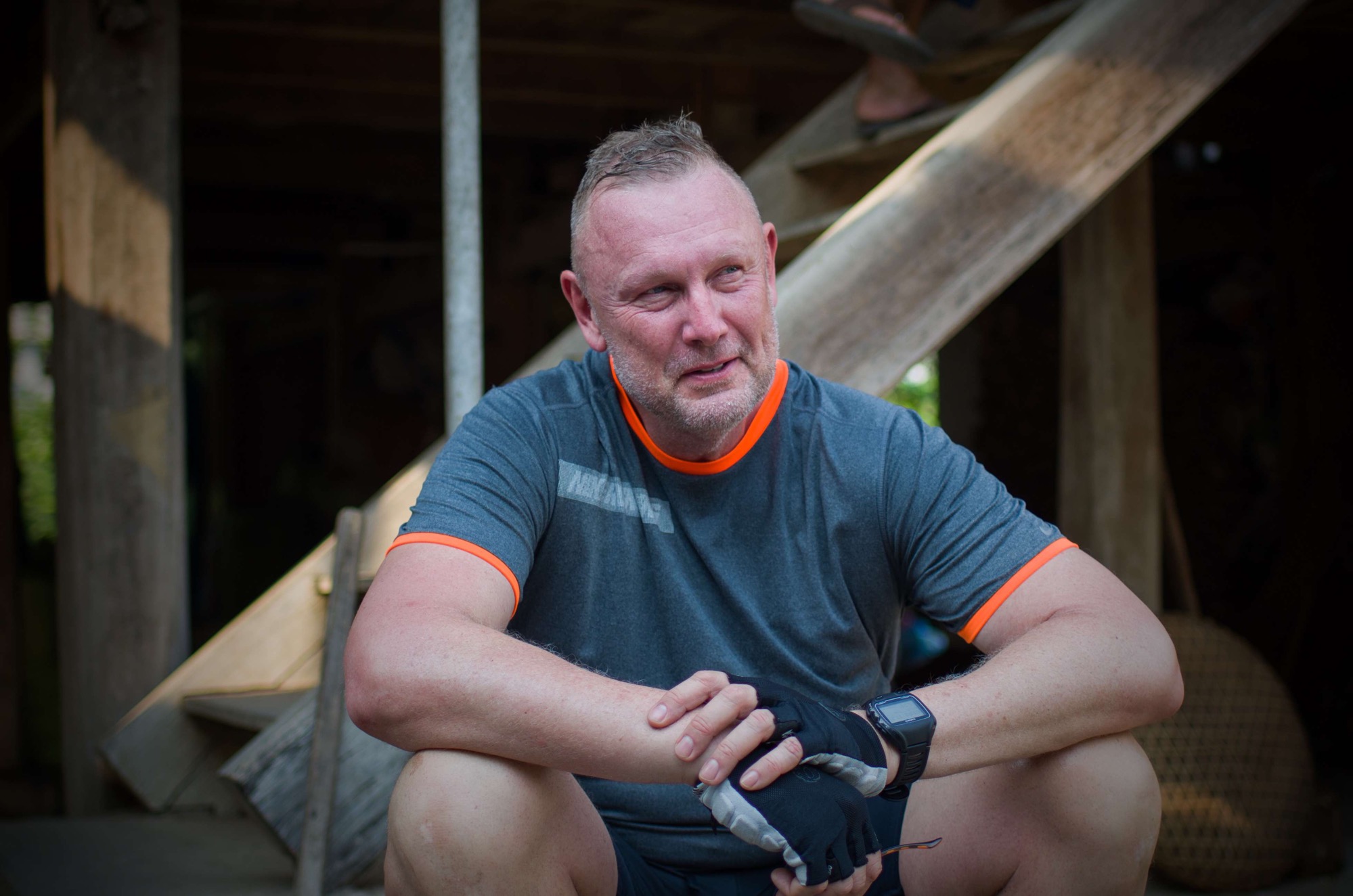 On the high peak we at last have the whole G8 in full swing, Sue has had a tummy bug and wasn’t up to the tougher climb so now she gets to join us all as we coast downhill finally in the shade of tall trees. Thus far we’ve had relentless agriculture layering the great landscapes but we’re in a nature reserve now and immediately we’re enlivened; maybe it’s a more natural environment or maybe it’s not the horrid hill in baking heat, possibly a bit of both but I think more the latter. And down we coast with only the barest of occasional uphills to force pedalling through a relatively cool bliss. There’s 56 ethnic minorities in China, a legacy from the disparate nature of this nation which ran to as recently as early in the 20th century, the Jinuo are one such group in this region and we stop off in a village to see what’s what. A quick chat with at a rustic clinic as an introduction on Chinese medicine is followed by a look in on rubber making, a small set up of plastic tubs under a house is now my vision of Chinese production: small scale meets massive population.

Eventually we’re in Menglun for our home-stay stop and we’re all a bit sorry and worse for wear. We’re a shadow of the selves we were earlier today but all thoroughly satisfied that we made it, even if ebullient joy belongs to energy levels we left the other side of the hill. We’re short of energy but one thing we’re not short of is food, a staggering array of amazing food is laid out before us and like the hill today it sits before us as a challenge. Again there’s no chance of eating more than half of the food on offer as we refuel as best we can before limping to bed with sore bums, tired legs and big smiles. On mattresses arrayed in a large room like kids on school camp the G8 has made it through day one as the gays and the grannies bunk down in a communal room. Although no one says it aloud the three or four seconds before sleep are spent pondering if we’ve bitten off more than we can chew, I guess we’ll find out tomorrow.