The ancient city of Angkor could have a top ten all of its own such is its scale and grandeur. But that would be selling Cambodia short. Throughout this trip Cambodia has continued to surprise and refuse to be pegged into a preconception. So much of our adventure was teleported away to a different time, when Cambodia was a different country and we went along for the ride. So come with us, not only to where but when we enjoyed this great big little country.

Papasan chairs on the sand, candles encased in former plastic water bottles a little melted at the top. Beating kids selling bracelets at paper-scissors-rock, fireworks and downing delicious khmer barbecue with a few beers and new mates. It feels a little like tourist ravaged Bali, just not putrid.

On a pristine hilltop overlooking the town of Kampot, Vietnam and the open ocean, Bokor mountain remains trapped in the 1920’s where many of it’s derelict buildings hail from. Initially a French escape from the heat, 900 people died in the construction of a grand resort which, along with a host of other ghost buildings, leaves the whole mountain trapped in time with ghosts to greet the visitors that scream up the hill on rented scooters.

Heavy drinking, chain smoking, risk taking and fast talking were the order of the day; the characters that were foreign correspondents are sadly an endangered species nowadays. Overlooking the river this grand colonial building is the place for GnT to accompany your journey back to the time when brave intrepid reporters, risked their lives, slammed fists on the table, had fabulous hair and found the news rather than waited for it. No time better encompassed this maverick world than the heady danger of the Khmer Rouge from 1976-79, what stories were told at the FCC in those wild years? 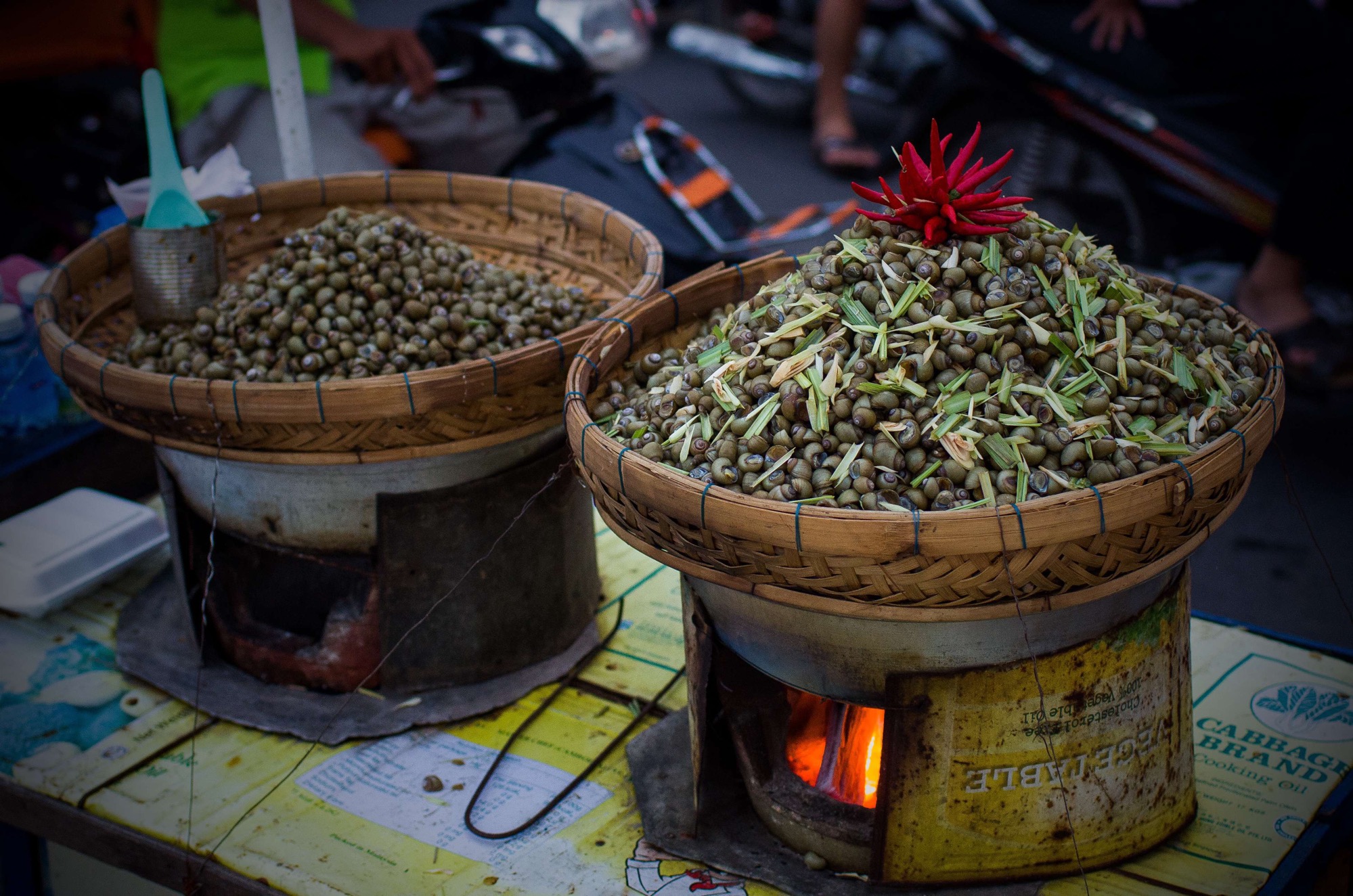 Food stalls have been around forever and they’re not going anywhere anytime soon. Nothing so elegantly transforms a cracked pavement footpath, a street gutter with a little too much litter in it or even a beach quite like street food. Routinely better than cafe or restaurant food for a fraction of the price it’s more than food, it’s an emblem of life on the streets, a society being social. Noodles, soups, meat on a stick are all great but little can touch the juggernaut that is a green papaya salad, a borderline national emblem if ever there was one.

Another getaway from the big town of Phnom Penh; Kampot sits snuggled on the coast and bristles with former charm and fading glamour. It’s gritty and rough but like some rare places, this all just seems to be beautiful. Throw in nearby Kep and this small part of the coast is the getaway from the getaway to let your worries slip by on the slow rivers slide to the sea. 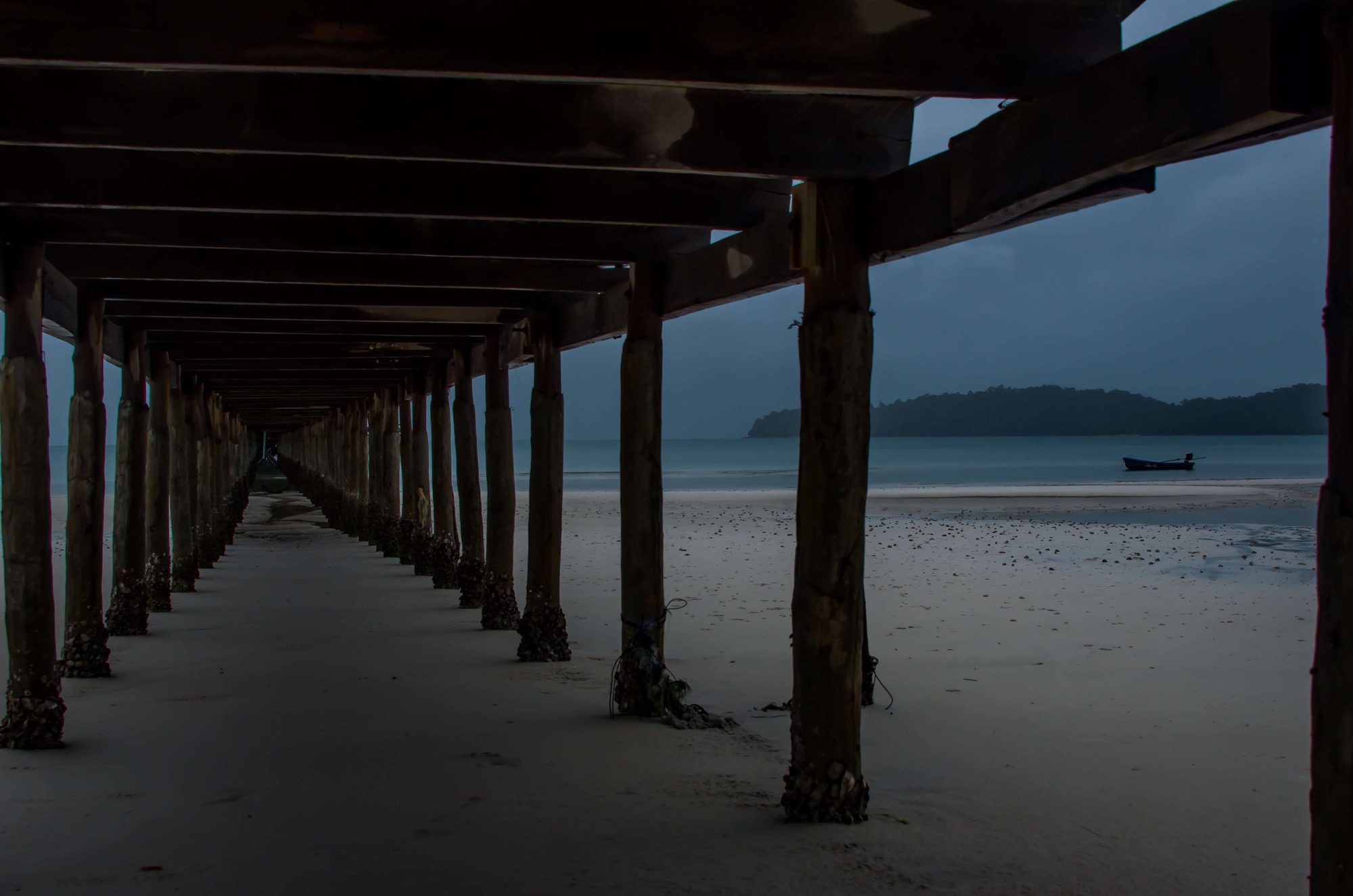 So much of Cambodia’s attraction lies in its history both ancient and recent, grand and horrific. We can all name a place in the world that we think of when we wishfully air the term ‘tropical beach’ but few would immediately say Cambodia. We should, its white sand, turquoise waters and coconut palms have ben plucked straight from postcards and so far it remains that way yet to be overly trashed by tourists.

A human abattoir is the only way to describe Choeng Ek, where the Khmer Rouge sent people to be butchered and lumped into mass graves. It’s an important part of Cambodian history, such was it’s impact. Locking yourself into the world of the audio set to be talked around the horrific place is a journey to the killing fields that every person to visit is happy to get away from; traumatising and captivating.

The centuries have built up Ta Prohm, displayed it in glory, watched its decline and shrouded it in jungle. So evident is the passing of time as you look upon grand trees clambering over this temple to make an eerie place somewhere between natural wonder and human triumph. Whichever side you view it from it’s a story of ages played out before your eyes. Hollywood may have shot the move Tomb Raider here but really, no amount of skill can match artistry that takes centuries to create.

14,000 people entered and few left with their lives since all made the trip to Choeng Ek. S21 was a school of hopeful children before being turned into a torture facility for political prisoners beforeq sending them to the killing fields. Probably more traumatising than the killing fields themselves, cells sit alongside torture rooms, survivor testimonials and room upon room of photos staring down at you from eyes that were looking at the last few days of their lives. Few left with their lives then, no one leaves without tears now.

It’s the obvious one really, and so rarely do those obvious ones live up to their hype; Angkor Wat doesn’t so much live up to the hype but crush it. Angkor remains the worlds largest city of the pre-industrial era, the true centrepiece of the worlds power. And the centrepiece of that power was Angkor Wat. Get carried away for a day and be king Jayaravarman II and shout from the heights of the main spire: “I’m king of the world”; you’ll feel like it’s an obvious statement.