Vietnam wakes up and bustles into another busy day, early as usual ferrying huge quantities of food on scooters and in baskets loaded on backs. Usually we’re sleeping through this ritual but today Rob and Greg are sounding out a morning cry as we speed through the dramatic mountain scape from Phong Nha northward to Tam Coc. In Saigon we had always noted the ride two days ago as the big one, the long leg we’d have to face. The days ride to Hoi An ended up to be even longer than that one and today they’re both to be dwarfed by the mission of this trip. 288 and 305km’s respectively seem piffling now as we launch into a 412km odyssey. On those other days we’d had either breakdowns or a late start to sabotage the manageable distance, or else we arrive early as we did into Phong Nha at 2:30pm. We’re getting to know what sort of progress we can make and as we speed past yet another early riser tending fields we’ve worked it out; we can make it but we need good roads, no breakdowns and an early start. At least we have one from three already in the bag.

An hour and a half done and the world is well and truly awake, small villages sticking to roadsides heave with an activity beyond their size as we pull up for a coffee break disguised as a bike rest. The few Viet words we know are in full swing and soon enough we’re on the routine small red plastic kids chairs and taking in the surrounds of a life so distant from ours. Hemmed in by a basic cinderblock wall and chicken wire I contemplate the less complicated and shorter cycle of life here. This rich syrup coffee is all I need to think about as we temporarily adopt this life of simplicity so free of large scale, long gestation goals and endless requirements that seem so disconnected from what we’re actually doing day to day. Right now, as it seems every day in rural Vietnam, there is no disconnect: you collect food to eat, wood to make fire and socialise because that’s what we need. No insurance renewals, spam folders to clear or music files to catalogue, all around me I see no rote actions done for some distant reason no one can readily identify, like this coffee life here is essential, functional and nourishing. 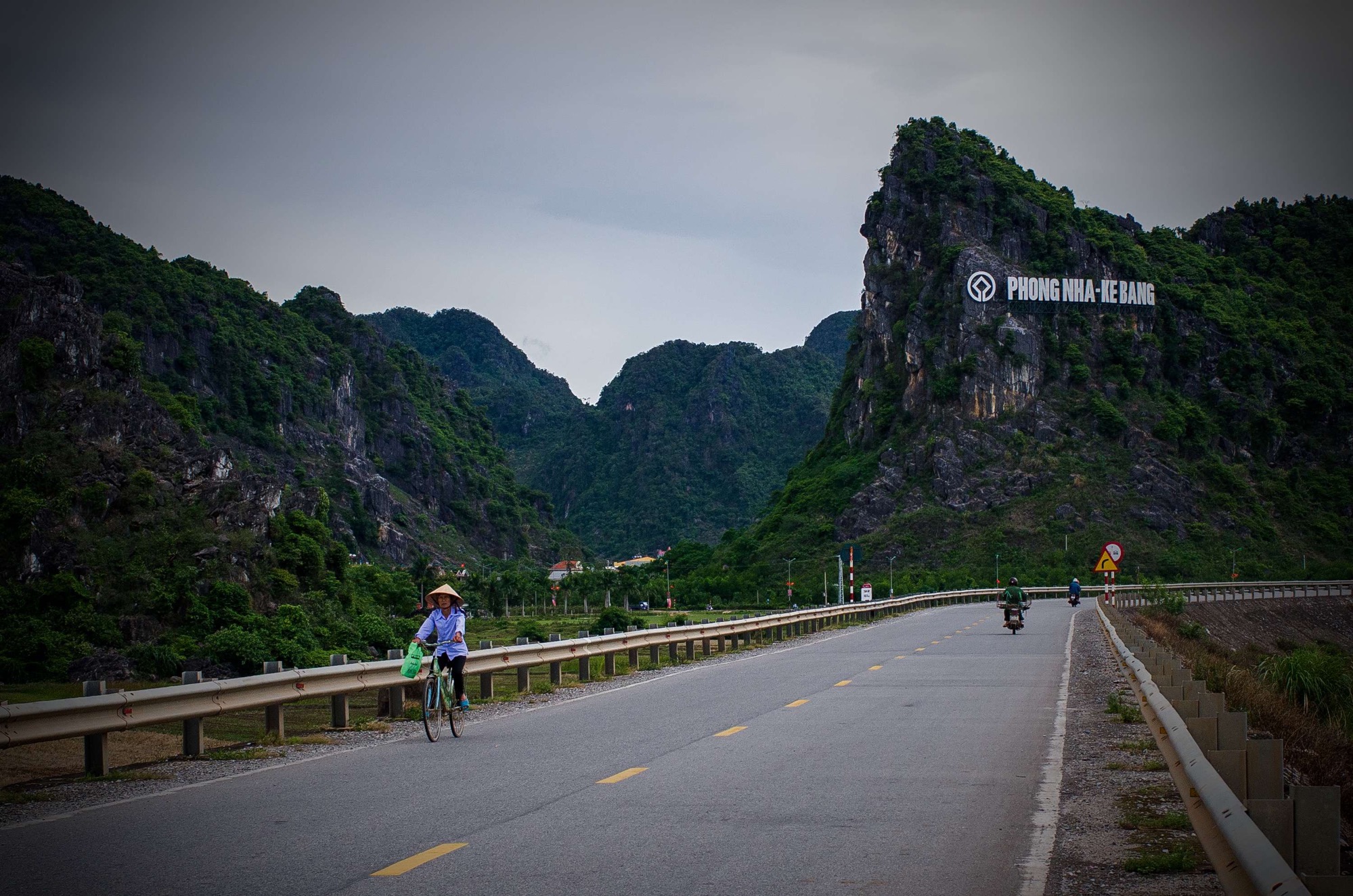 On days like this, wistful dreams don’t last and neither does the coffee even if it’s effects will keep me buzzing for a few hours to come; it’s back on the boys and tearing up the road with about 350km’s to go, still longer than any other day after the first coffee break. To the sustained note that Rob and Greg can hold seemingly indefinitely like seasoned operatic performers we chew up the road still on track, barely. On good roads like these we can cover about 50km’s each hour before we need a rest for the bikes that overheat too easily. At our second stop in Dong Loc we have still over 300km’s to go and the sun sits high in the sky. The breathtaking mountainous scenery is behind us now as 5pm is our best case scenario for arrival with no breakdowns, no getting lost, no bad roads and not to much bad weather.

We ride Rob and Greg as much as we ride the luck, they both hold their screaming note keeping us at a good pace on roads that are blessedly up to the task. We’re making good time with this trance of sore bum and static posture broken only by the beeping of horns. That is to say a trance lasts about one minute at best. With the road rules in Vietnam being haphazard at best there’s no reliance on anyone observing lanes, traffic lights or even you; mayhem just seems too inept a word. So what’s the tactic? Beep your horn constantly of course, it’s like a man running through a crowd to get to a hospital because his girlfriend has gone into labour; anything to clear a path through the crush. And so, hugging the rail, metres off the road surface trucks and busses creep up and hoot their supercharged, steroid abusing horns at us out of habit, horns loud enough to be fitted to an arctic tugboat. In Vietnam it’s just courtesy, like saying ‘I’m coming through and my girlfriend is in labour so be careful’. It’s just the culture, how things are done but a lifetime of car horns meaning an act of aggression or danger has us on edge every minute. Every; single; minute. 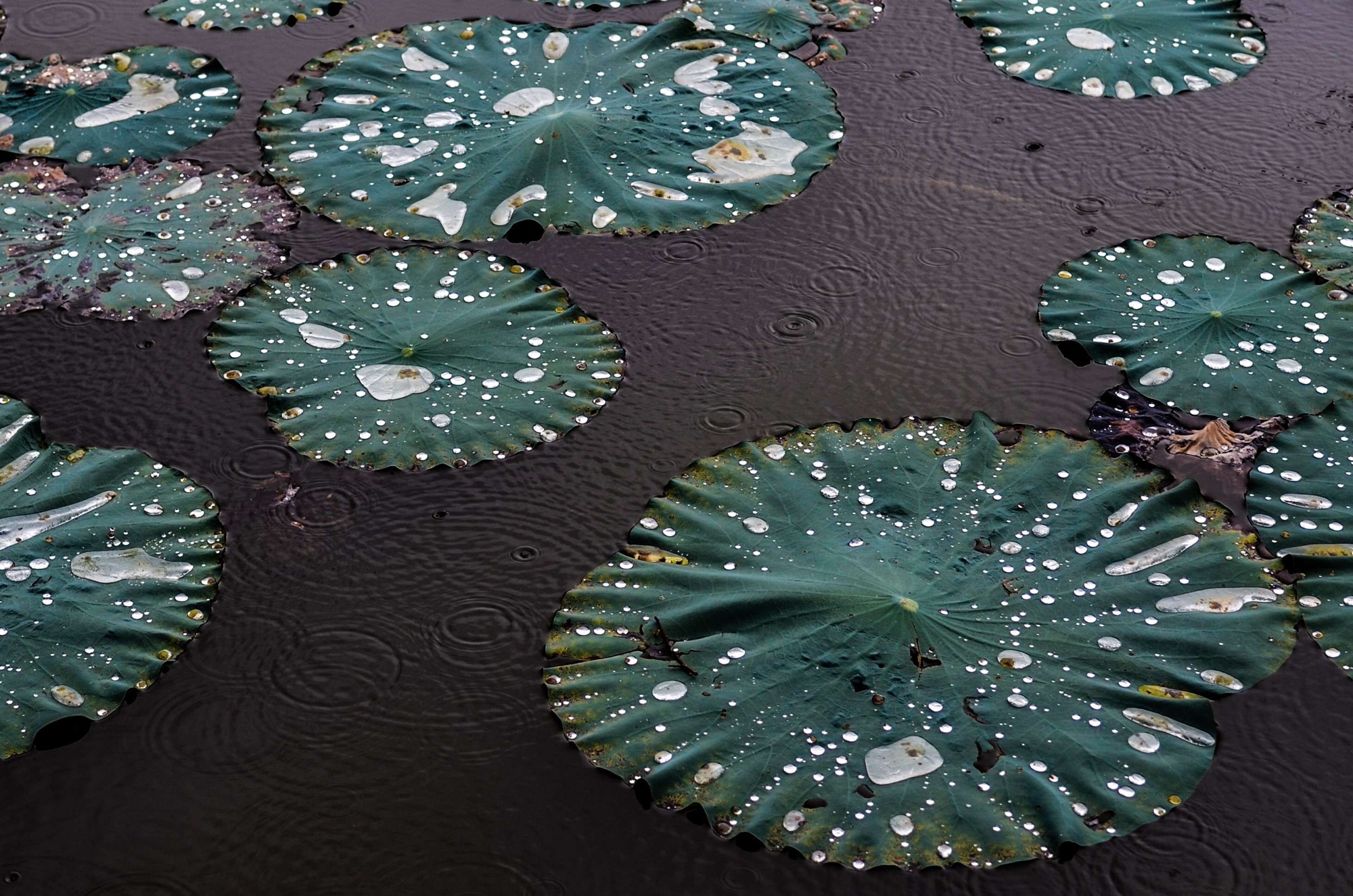 Blessed lunch goes down a treat on the half way mark, we’re hanging in there for pace as none of the all too possible curses have struck yet. We have plenty of options to stop short so it’s not a ticking time bomb but Tam Coc is the target. On this trip fat ladies don’t sing, the handsome boys do and they’re at it again with barely a break, on the road to serenade us through this monotony of disrupted meditation. Another coffee stop and another on the road experience, we finish our coffees and upon leaving we’re not allowed to pay, we’re even given some fruit to take. We push the point a little but it’s no show of polite protocol, he’s really not taking the money. We still aren’t sure of the reason we get the royal treatment but it’s a blessed change from the friendly yet insistent push to get more money out of us. Greg and Rob are singing again but this time it’s not just the coffee keeping us up, chance meetings like this just don’t happen in a tour group.

It had to happen, the perfect run couldn’t continue; the rain comes down. In a few minutes we’re saturated so there’s no point stopping, the boys keep the screaming note going, the perfect day begins to wobble but we lose little time on these good roads that still allow a steady pace. It’s challenging riding, the rain pours down, the roads are puddled and rutted and our glasses smear up in an instant as droning meditation becomes a distant hope with the orchestra of horns only gaining in fervour. And it had to happen, my front wheel goes wobbly and I pull over to inspect my flat tyre in the middle of a busy town as Charlie disappears into the swarming crowd. He has nearly all the money, my passport, my iPad and I’m stuck on the side of the road in the rain pushing Greg who’s done so well so far but for now sings no tune following a good samaritan helping me for no other reason but to help. 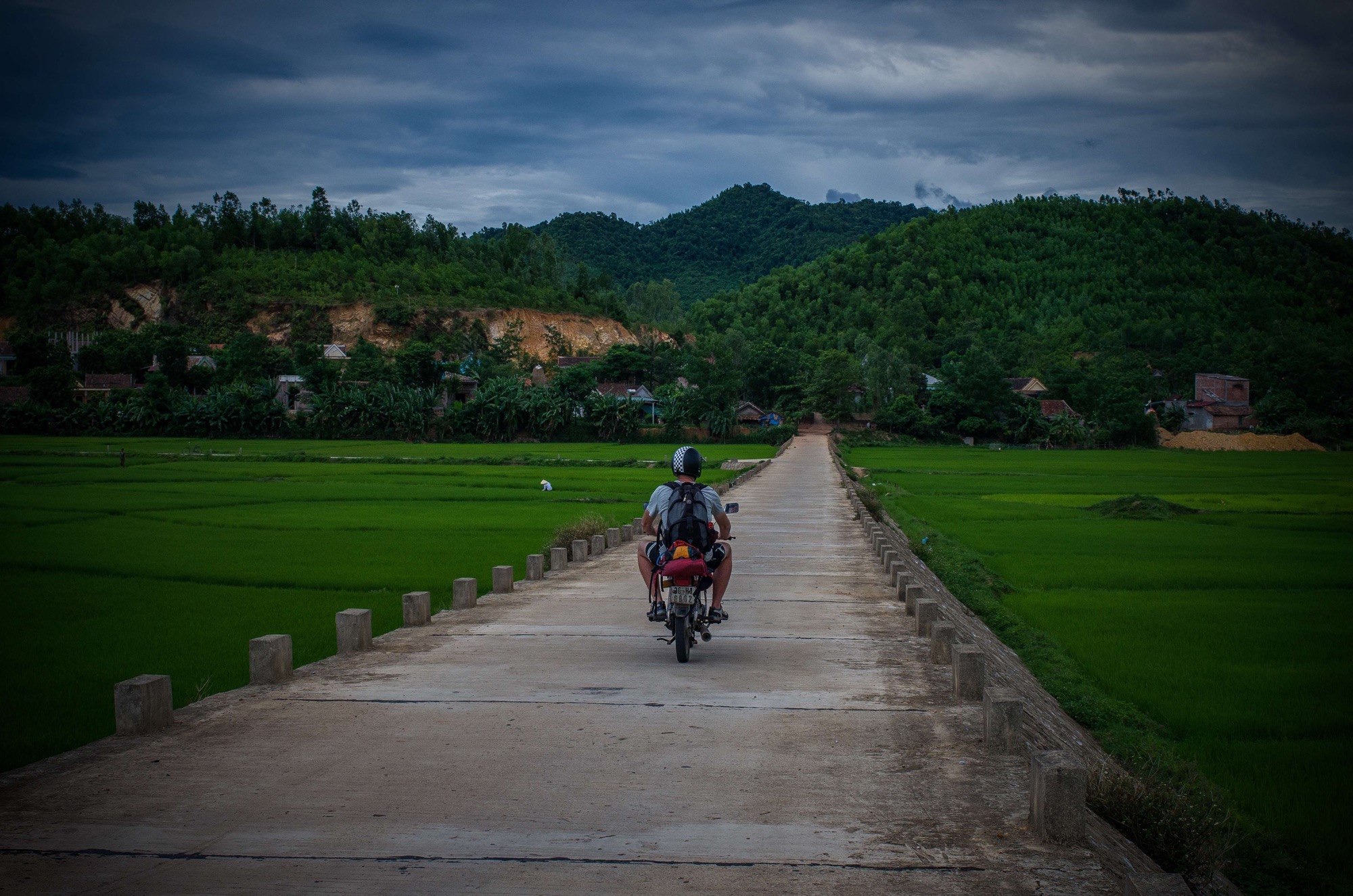 Steve and I looking for a place to eat, enroute to Ninh Binh, Vietnam.

Of course there’s a mechanic nearby but he’s off the main road, I have only one dollar as I open my wallet to show him and plead for a repair. He takes but 70c and commences work leaving me to race out to the street to find Charlie who is hopefully doing laps. We’re only about 40km from Tam Coc, this tiny last hurdle coming just near the finishing line as the days light begins to fade. Back to check the bike, back to check for Charlie but no sign yet. I cycle through my options but there’s only one: just wait. This day has gone so well and we’re not giving up, Charlie circles back and we’re saved. I give the mechanic the extra 30c in sheer gratitude, it’s all I have and he is genuinely pleased with gratitude carrying more value than currency.

The rain pours down as we plod to Tam Coc, this mammoth day couldn’t go without a little drama but to say we got away with a bare minimum is an understatement. The horns scare the crap out of us incessantly but we carry on, we’re going to make it even if Rob has had a threatening noise for the last hour or so. A slow sleepy road ferries us the last few kilometres on a day of singing bikes that have contradicted every curse we’ve thrown at them so far, Greg and Rob have been immense. Another dispelled myth is the nature of the Vietnamese, known to rip off travellers. On a day we most needed it we’ve been given directions with a smile, guidance for no return, repairs for less money than needed and free gifts for simply being us. Yes Vietnam can fleece you of money if you’re not careful but it can also give back so much more if you let the myths be just that, myths and gain a devalued sense of currency, the cash kind at lest.