We’re like kids on Christmas morning or maybe Easter Sunday, there’s something exciting happening today and although there’s no mistaking it, it’s a little hard to believe it’s actually happening. Leaving Ho Chi Minh city there were a million reasons that we would not make it and on the cusp of our triumphant ride we wrestle with mixed feelings: we always thought we’d make it somehow but didn’t quite see how it was going to happen. Well today it is going to happen. Today is the shortest day of the entire ride so just like the yellow jersey of Le Tour de France, we don our well worn riding shirts for the final stage of Le Tour de Viet. It might not be the Champs Elysees but the old A1 highway runs a straight line from Tam Coc to Hanoi for our victory procession. I can almost see the marquees, the celebrities sipping champagne and the social climbers with their grotesque little dogs in Louis Vuitton handbags; today can only be glamorous.

The glamour and fame lasts for all of about a minute, the old A1 isn’t quite the Champs Elysees as a bus just about sends us skittering off the road and a blaring horn nearly deafens both of us just as the heavens open sending a heavy downpour our way. On bikes that, like this whole trip, are ready to die and wobble with the handling of a 18th century donkey cart we dodge and weave our way up the highway shoulder in a scene that’s not quite the glittering parade of glamour I’d envisioned. Glamour and prestige aside we do feel enlivened and uplifted, today we might not be parading that famous Parisian street to the flashing bulbs of paparazzi but an achievement we have made none the less. Scenes of trials flash through our minds to recount the many times this trip could have ended: pushing Charlie’s bike by the exhaust to Buon Ma Thuot, Greg’s untimely death in Hue along with the countless times death was cheated; ours and our bikes. Yes we’re winners today and I can just about hear the crowd, we’ve even made it without a single accident which is possibly more the victory than making it at all.

Charlie and Steve on our ‘trusty’ steeds, Rob and Greg. Vietnam.

In place of the paparazzi and the peloton forming an escort of glory we are yet again surrounded by the very Viet phenomenon of putting the world on a scooter. First up it’s a guy carrying huge fruit bags sliced with holes. From these holes poke the heads of live ducks. A bag on each side and another between his legs, approximately 20 ducks are on this scooter that by our standards now doesn’t even look terribly loaded. There is also possibly the most delicious metaphor of the trip, in a land where scooters are heavy moving machines there’s a scooter strapped whole to another scooter. A scooter on a scooter; ample fodder for a philosophical mind.

Sadly the irony here can’t be enjoyed too much, survival on these roads is not an easy assumption. Horns blaze but all we hear is trumpets from the brass band, the shower that soaked us through has passed and Hanoi is in sight. There’s a time in each days ride where I think ‘were close enough now, if a bike breaks down we can push each other there’. This is that time. We stop under an overpass as I overshoot the line on the road much to the manic hand waving of a nearby man telling me to get back behind the line. Run people over, drive on the wrong side of the road and ignore red lights all you like just for heaven’s sake don’t pull up beyond the line. The absurdity causes a raucous laugh that I’m happy doesn’t go further than my helmet. Absurd road rules aside, we’ve made it and I can hear the paparazzi snapping like crazy and the supermodel is preparing to hand me the bouquet, Le Tour de Viet has a couple of new champions. 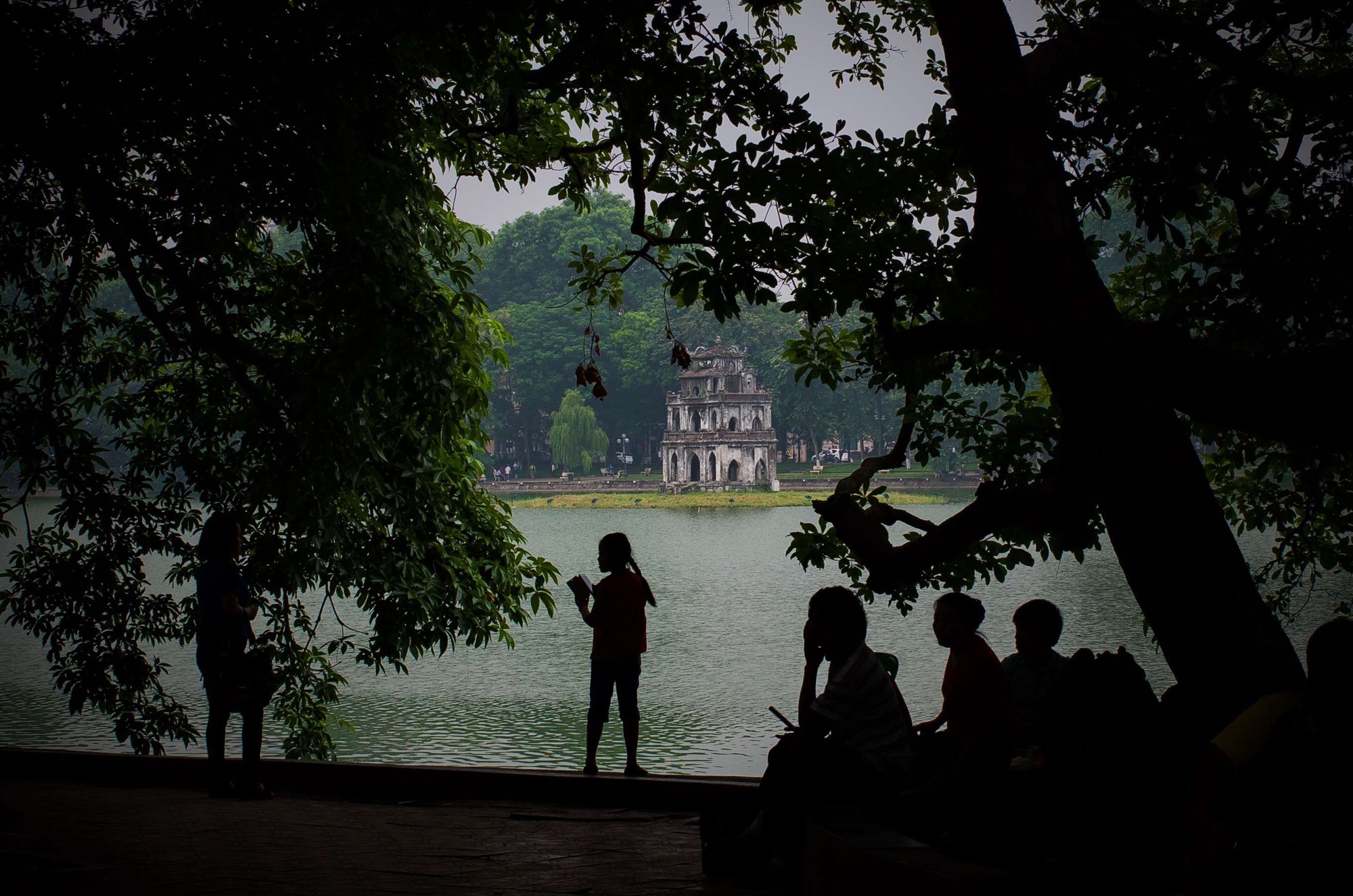 After all this time we’ve gotten pretty good at Vietnamese roads, manic as they are, but nothing quite makes you comfortable in the wild tangle of Hanoi. Ho Chi Minh city was crazy but hanoi has decided it doesn’t need it’s medication as we white knuckle it all the way to the old quarter and our hotel for the night. As celebratory as this moment is the supermodel needs to wait and hold that perfect smile because the tour isn’t quite finished, it’s off to the Aussie embassy for me to resolve my passport issue. My water damaged passport essentially has no photo anymore leaving me to fear for my entry into Japan forcing me to order a new one and hope like hell it arrives in time. So for now I have no passport and only an unqualified opinion that I should have a new one before we fly, this could get interesting.

So here we are, in Hanoi, the capital of this country that has taken us by storm after about four and a half weeks of churning up the Ho Chi Minh trail from the city that bares his name to the city that formed his legend. We dodge traffic more like a video game and in these tight streets the sound of Charlie screaming followed by a hard crunch and thud chills me to the bone, this is the sound that has never been far away but we have learned to live with. I screech to a halt barely ready to turn as the curses from Charlie behind me assure me before I’m able to face the fearful prospect on my own. In no time I’m rushing back as a few bystanders are on the scene picking up bikes and helping Charlie to his feet, or at least attempting to. This scene is all too common in Vietnam, they crash all the time and it’s not hard to see why. The flip-side is that with traffic so crazy no one gathers any real pace so rarely is any great harm done, as is the case right now, Charlie is up with the barest of scratches from a guy who simply swiped his front wheel with his rear wheel. 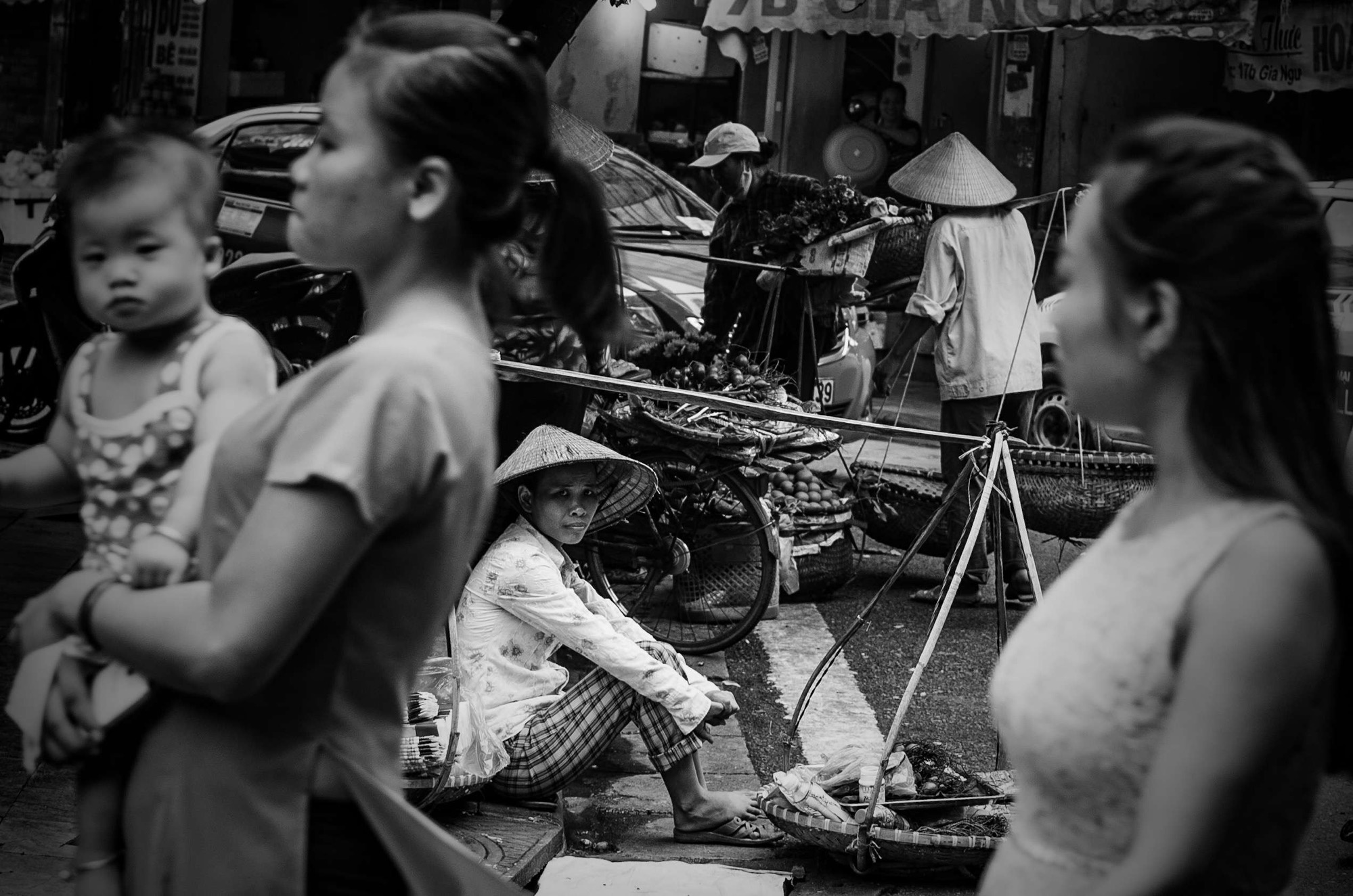 We’ve seen this scene and I’ve wondered how these people never seem to get angry when someone recklessly puts them in danger. But here the situation is, right before us and with no one around really seeing much reason for fuss now that Charlie is ok, the world resumes and we carry on. As usual Charlie rode most of today with the indicator on, Rob was winking at the boys as we’ve taken to calling it, but a front indicator is broken now, maybe there’s some warped sense of irony there. We’ve made it all this way and having already checked in I feel happy to declare that we made it all the way without an accident. In some ways it’s a blessed stroke of luck, it really did have to happen and in this moment I feel able to grasp a psychology that I thought would never be mine: there’s so much to feel happy about and from the pieces of this accident, we pick up a smile and carry on.