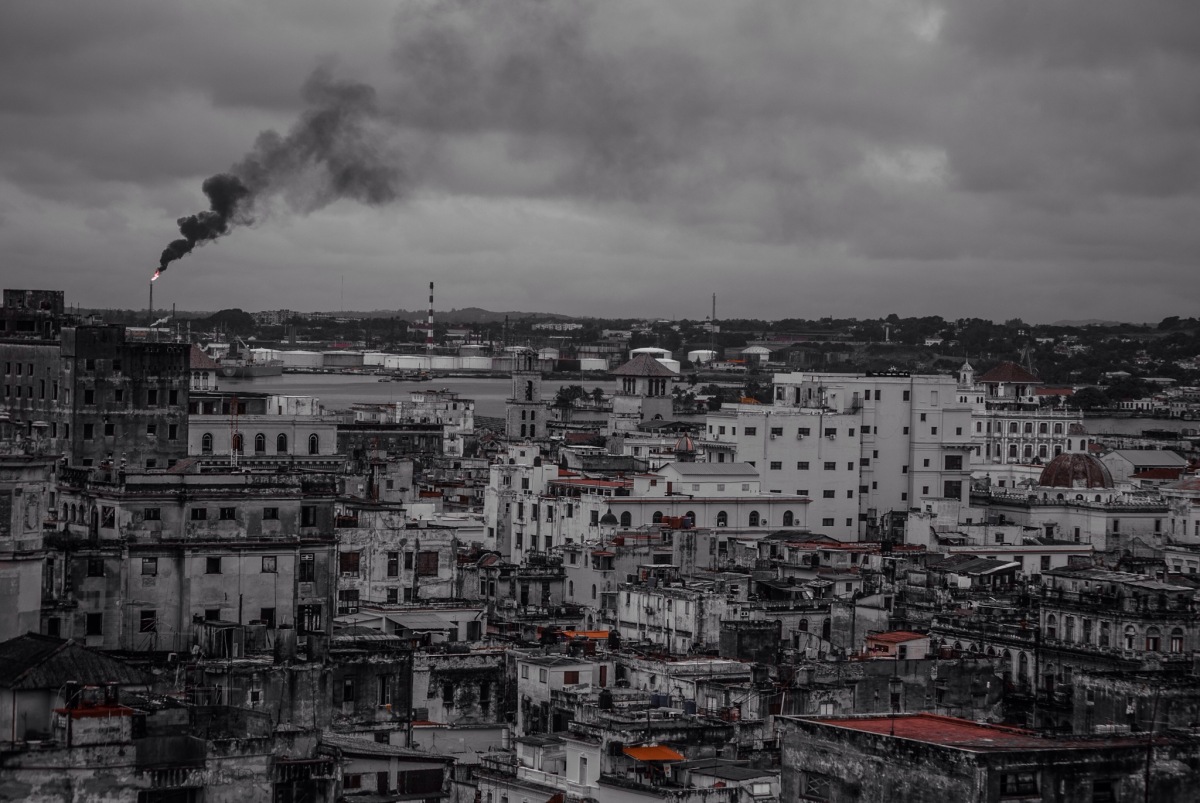 A whirlwind visit (just seven days) sees us leaving Cuba behind not quite sure what has hit us. With heads still spinning, here’s our top ten for the country that needs to be in your top ten to visit as soon as possible.

10 – Cars:
Just making it into the top 10 are the cars but not just any cars. The vintage (pre-1959 revolution) cars throw back to a romantic time gone by placing you smack bang into a ‘Grease’ the musical time warp. When you get off the plane it’s the first thing that really stands out and it’s a crucial theme to Cuba’s fascinating recent history.

9 – Viñales:
As much as Havana is truly a wonder, every yin needs a yang: and we found that in Valle de Viñales. With great scenery, open spaces, horseback riding, caves and tobacco farms it proved to be the perfect balance. But not just a reflective tool, Viñales is genuinely a place of grace in its own right.

8 – No internet:
Not so much as a thing as a concept, having no internet is a phenomenon that is as intangible as it is influential. With not much imagination at all it’s easy to see how not having internet facilitates and enables much of this top ten to some degree or other. As a traveller it’s one of the truly unique and unexpected experiences that you tend to remember and value.

7 – Castro’s house:
It can be difficult in Havana to avoid the tourist trails and the Castro house/ building is one of the hidden treats. It goes with out saying that for many years not only Fidel but the entire Castro family called this building their home. It’s now a great local bar and restaurant and we were lucky to share our first visit here with a local named Carlos, probably the most genuine experience of our time in Havana.

6 – Rum and Cigars:
The essential experience for anyone visiting Cuba. While the cigars were only very lightly partaken by us, you don’t have to smoke them to appreciate the place they have in the culture here, the aroma permeates just about everywhere you go. Rum on the other hand… we smashed the rum and it’s awesome, but only blanco (white) rum, none of that brown rubbish.

5 – Flamenco Dancing:
There’s 2 main reasons why flamenco was so memorable to us. Firstly it’s a great link to the Spanish past and secondly because it’s simply astonishing to watch, it completely took us by surprise. The sound, the rhythm, indeed the whole package is nothing short of transporting. Be it a guy that’s no more than 50kg or a stunning woman exuding power and confidence; and of course sex it’s a force rather than a dance. Heaven help anyone who gets on the wrong side of a flamenco dancer, particularly the women.

4 – People:
A bit odd to have a generalisation in at number four but that explains the impact of the people here. The history, the global isolation, the lack of internet have concocted a simply intoxicating society. Yes they’re a complete pain in the ass most of the time but it can’t be ignored they’re just so suave, sexy and visually striking.

3 – Music:
Wow, just holy crap wow! Firstly there is live music everywhere, every meal you eat has live music and a lot of gardens and squares do too. What’s most amazing is a simple matter of quality, it makes talent/ reality shows at home look just stupid. Our first night there was in a restaurant in the dodgiest back lane imaginable. A dilapidated building opened to a beautiful dining room and two guys that played guitar and called down angels with their voices. And onward, the music is a deserved number three for us.

2 – Architecture:
At the risk of sounding like complete ponces the architecture in Havana is breathtaking. The amazing thing here is that Cuba was cut off from the world for many years when other cities were abusing their skylines with functional civic development. Much of it is run down but some is now restored in the gaudy bright colours that are simply Cuba. It’s this lack of dilution with modernisation combined with an exciting bloom of regeneration that makes ‘architecture’ more than a simply aesthetic word, it’s Cuba through and through. The more or less unbroken history also makes for an eclectic chain of architectural styles spanning over 500 years telling a perfectly intact story of this city’s tumultuous past.

1 – Photography and Writing:
It’s fitting that Cuba tops the chart with another esoteric memory, so much of Cuba is so hard to really put your finger on. The greatest memory we will take away from us is an intangible bubble in creativity. Havana particularly is the muse that keeps on feeding. It’s jarring, inspirational, confrontational and beautiful. Yes we’re cranking up the wank-O-meter here but you have to go there to appreciate it, it’s more than an idea, it’s a force that sweeps you along with it whether you want it to or not. If your life is stagnant, boring and repetitive, we prescribe a dose of Havana, guaranteed cure.